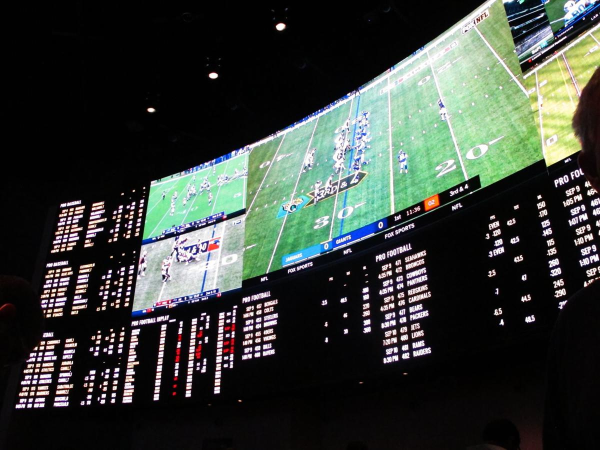 Ohio is a step away from legalizing sports betting. On December 1, lawmakers settled for the number of skins Ohio would give sports betting companies as they finally try to get sports getting off the ground.

Proposals Made for the Bill

The lawmakers allowed 11 racinos and casinos to provide online betting and sports betting to each of the betting companies in the state. However, some lawmakers argued that if the number of sportsbooks operating in Ohio was reduced, it would alter competition in the state. But the proposed 11 skins would be enough to get a competitive market and increase sports gambling’s revenue.

The lawmakers are to vote for the amendment before the end of the year and make other gambling regulations amendments next year. The lawmakers have three weeks only to pass the amendment. Their workload has increased as three-panel members have tested positive for the Coronavirus.

Ohio Aims to Pass the Bill Before the Year Ends

The state government conducted an election, which led to a shakeup since some betting backers were voted out and will no longer have the power to support the getting bill after this year’s sessions are done.

One of the biggest supporters of Ohio spots getting, Sen. John Eklund, lost his office position because of the term limits. Rep. Dave Greenspan and Sen. Sean O’Brien lost their campaigns this year and were voted out. These three have been critical pacesetters in Ohio sports betting, and now that they have left, the sports betting legalization attempts might be a bit difficult.

If Ohio manages to pass the skins, it will allow sportsbooks like FanDuel, William Hill, and BetMGM to enter its betting market. FanDuel has a partnership with Belterra Park Gaming and Entertainment Center, which is operated by Boyd Gaming. Since Boyd Gaming has 5% of its shares in FanDuel, the online sportsbook will get a chance to work near Cincinnati if the skins are passed.

Caesars Entertainment acquired William Hill earlier in the year. It operates several sportsbooks in the country. While the Barstool is a new bookmaker, it will become one of the most prominent players in the betting market once it is launched. Penn National has shares in Barstool and it operates four casinos located in Ohio.

The BetMGM sportsbook will be allowed in the betting market. The MGM Northfield is next to Cleveland and will choose BetMGM as the ideal sportsbook. If Ohio passes the skins legalizes the bill, BetMGM will become a big player in the state.

Senator Sean’s Opinion About the Bill

Senator Sean O’Brien from Trumbull County State is one of the sponsors of the betting bill. He believes that the bill has 50/50 chances to either pass or fail before the year ends. Sean would like the bill to pass even if he realizes the year has little time left.