Offshore Sports Betting: Succeeding Or Failing In The U.S.? 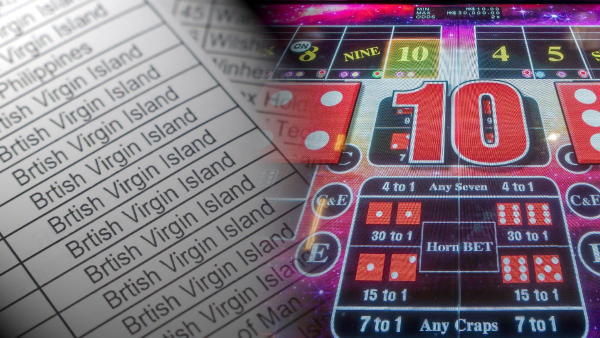 It is now approaching the two-year mark since the repeal of PASPA, and the launch of the regulates sports betting industry in the U.S., and that has us wondering: What’s up with the offshore market these days? Is it fading away in light of the regulatory changes, or is it simply considering this another competitor in the space?

When PASPA was being challenged, industry experts were coming out of everywhere with reasons why this was such a good idea for the U.S. gaming industry. Aside from the potential tax revenues from regulated sports betting, one major argument was that players were already playing offshore at many illegal sites. IN New Jersey, they counted over 100 offshore sites that were open to sports bettors from the state.

What seemed unclear in the discussion about the offshore industry was the size of the market. Handle figure estimates ranged from 10 Billion to 100 Billion annually, and with no real distinction between the black market “local bookie” and the offshore online sites. Regardless, the Supreme Court had to take this into consideration when it decided to rule in favor of repealing the bill.

With the repeal of PASPA came a rush of legislation around the U.S. to make sports betting legal. Again, many proponents of repealing the law claimed that opening legitimate options for gamblers would give them no reason to send their money offshore. However, even though the numbers have been impressive from states like New Jersey and Pennsylvania, there is no indication of the percentage of the revenues that are coming from reclaiming offshore business. It actually seems as though the revenues are coming from players that are new to sports betting, and the hold percentages in some of the states can back up that theory.

When considering the viability of offshore sportsbooks in the newly regulated American market, you need to look at the industry as a whole. Even though 13 states now offer legal sports betting, there are 37 that do not yet offer the option. When you look at the communication about sports betting in the United States, most of those conversations are national. There are gambling shows on several sports networks being broadcast across the country, and other content like podcasts and handicapping articles are not restricted to end-users in legal sports betting states. If you are someone sitting in California, for example, and watch or listen to one of the programs, you may find yourself interested in making a sports bet. If you don’t realize that sports betting isn’t yet legal in California, the logical place to search for a place to play is Google. Once there, any search for sportsbooks will bring results of online sites that are all based offshore.

Therein lies the issue. While sports betting is now a national discussion, it is only regionally implemented, giving offshore sites time to attract players to their operations before a player has a chance to find a regulated option.

Stepping away from the issue of regional licensing, which cannot be changed, the next place to look for offshore sportsbooks’ advantages is in the offer they can make to players. Offshore sites are not subject to U.S. taxation, which means their profit margins can be significantly higher. This allows these sites to price their bets more competitively (remember the Draft Kings launch debacle in New Jersey?) and offer better incentives to attract new customers. Admittedly, casual gamblers may not be interested in playing with an offshore site no matter how attractive the offer, but those who have already set up accounts in the past are now being given legitimate reasons to stay with the offshore site, and as long as they are getting paid when they win, why would they change just to pay higher prices for their bets?

Where the legal sports industry needs to focus

With this in mind, it is safe to say many offshore sportsbooks are not only failing in this new regulated landscape but, in many cases, are thriving at the expense of the people putting these regulations in place. Here are a couple of things the states that are considering legalizing sports betting should be focused on to fight back against unregulated operators:

The offshore sportsbook market is still there and is still a competitive, viable option for gamblers of all kinds in the United States. Just because the industry is excited about the revenues coming in from regulated states doesn’t mean that it shouldn’t consider these illegal sites to be a legitimate threat in the short and long term.

Tonight’s NBA betting schedule is lacking in overly compelling matchups, but tonight’s action will also be taking place with a few notable names missing. Booker, Morant, and Lillard Sidelined Tonight and Beyond Booker Out Versus Pistons Due to Hamstring Injury The Phoenix Suns lost Devin Booker (hamstring) on Tuesday against Golden State but closed out END_OF_DOCUMENT_TOKEN_TO_BE_REPLACED