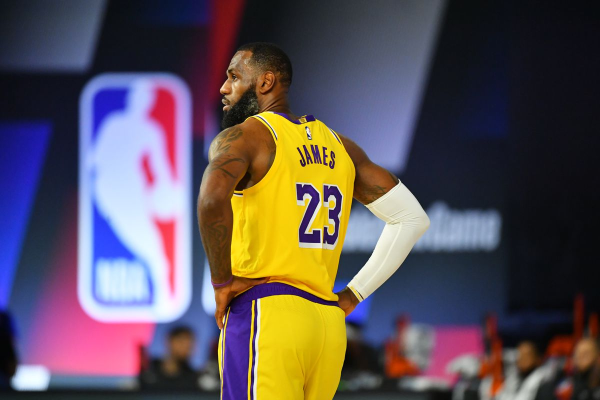 As the NBA Playoffs begin Monday, it will undoubtedly prompt a wide range of discussions on which team will win the title. For most of the season, it seemed like the Los Angeles Lakers, Los Angeles Clippers and Milwaukee Bucks would be only the legitimate options to hoist the Larry O’Brien Trophy. That is likely still the case, but there’s no clear-cut favorite to win it all.

Some sportsbooks have the Bucks as the odds-on favorite, while others have the Lakers. There are even a couple of places that have the Clippers with the best odds.

For the first time since 2015, there isn’t a clear-cut favorite to win the NBA title – the same year the Golden State Warriors began their illustrious run of success. The Warriors were the odds-on favorite in each of the last five seasons, with the odds never exceeding +175. This season, the average odds for the Bucks, Clippers, and Lakers are all around the +250 range.

Lakers Chances in the Bubble

“We bumped the Lakers up to 3-1 [to win the title], which is the highest we’ve been in a while, and we made the Clippers the favorites at 11-4,” Jeff Sherman, vice president of risk at the SuperBook at Westgate Las Vegas, told ESPN.

Before the COVID-19 outbreak postponed the NBA season, it looked like LeBron James, Anthony Davis, and the Lakers were heading to their NBA title since 2010. However, the bubble has not been kind to the purple and gold, as they’ve gone 3-5 in the eight games.

It’s not all about those two, though, considering there have been some losses to the team. Avery Bradley decided to sit out the bubble games for precautionary reasons, while Rajon Rondo is slowly returning from a broken thumb injury.

“It did affect their rating and their perception because people are enthralled by Portland in this series,” Sherman said, noting that the SuperBook had taken six bets on the Trail Blazers for every one they had received on the Lakers, including a $5,000 bet and a $1,000 bet on Portland at 4-1 odds.

We were all hoping for an all-Los Angeles Western Conference Finals, and we could get it. Of course, the lack of the famous Staples Center crowd will remove the ambiance, but the Kawhi Leonard-Paul George duo is the perfect duo to challenge LeBron and AD.

“As [the Clippers] progress and get a healthy team, they have- — on both sides of the court, offense and defense — the most complete team, so from a power-rated standpoint, we have them rated the highest,” Sherman said.

Bucks have the MVP

The Milwaukee Bucks are in a nice position in the Eastern Conference, not having too many roadblocks in the way. Giannis Antetokounmpo was only suspended one game for headbutting Moe Wagner of the Washington Wizards, and the thought was that he’d miss a lot more than that.

The Greek will probably win the NBA’s MVP award once again, so look for him to be fired up to prove he was worthy and make up for blowing a 2-0 lead in last season’s Eastern Conference Finals.

Many Teams have a Shot