Newest California Sports Betting Bill Could Appeal To All Sides 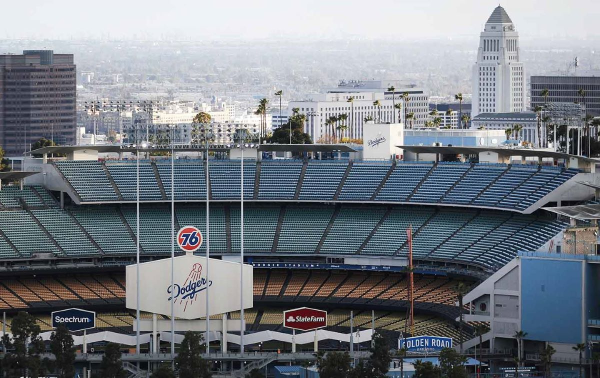 When looking at the number of states that offer legalized sports betting, it is baffling to see some of the biggest names off at that list. California is certainly one that should be involved in the game, considering its lenient style on many things, including marijuana legalization to overall relaxing styles of living.

Now, The Golden State is looking to finally put a footprint in sports betting.

In June 2019, Senator Bill Dodd and Assemblyman Adam Gray proposed California sports betting constitutional amendment bills so that voters could decide in November. However, this newest push is to allow mobile betting and at retail locations at only tribal casinos and racetracks within the state.

All of this comes as the state of California has a massive budget deficit of $50 billion because of the coronavirus. Lawmakers would also like an additional $14 billion in cuts from the governor.

“The amount of money that can be raised in benefit of the state with online wagering is estimated to be up to $700 million a year,” Dodd said. “We’re looking to get those revenues for a COVID-type budget where we need to be looking out for every opportunity to increase our revenues at a time when we have to make so many cuts.”

While the act of sports betting isn’t legalized, it would be naïve to think that it’s not happening at all. It would certainly behoove California to get its fair share of the pie while it can.

“Sports betting is already being done in the state of California,” Dodd said. “It’s in the shadows, not being taxed, and not providing safeguards for problem gamblers. We solve that, bring it out, have money set aside for problem gaming, and have a regulatory framework so people aren’t taken advantage of through illegal websites.”

The Senate’s budget draft had several different elements added to the proposal. According to the document: “While this will not have a direct near-term budget impact, tax revenues from bringing sports wagering activities into legal status will have future budget benefits and help provide resources to combat negative impacts of gaming that we know exist today.”

That indicates that there is plenty of backing from numerous legislators. California has a budget deadline of June 15, but the bill has until June 25 to qualify for the ballot.

“Senate finance leaders are looking at this very seriously,” Dodd said. “It’s going to be pretty tough for a legislator to vote no on this bill and at the same time make cuts to education or childcare or any number of things that are going to have to happen.”

With that issue out of the way, the battle between cardrooms and tribal casinos takes center stage. For decades, cardrooms have agreements with companies to provide third-party players that act as the bank.

“There’s this age-old conflict between the cardrooms and tribes, and we in the legislature would like to solve this once and for all by providing a framework that would end that push-pull and give the cardrooms certainty to run the games they’ve been playing the past 20 to 30 years, and at the same time give the tribes some additional games,” Dodd said.

Jacob Mejia, a spokesperson for the coalition of 18 tribes trying to get sports betting legalized, says the tribes won’t go with that deal.

“The bill confirms that cardrooms have been operating illegal games for years,” Mejia said. “Otherwise, this measure would not need to legalize them. The notion of authorizing cardrooms to conduct Nevada-style games is an absolute non-starter that repeals tribal gaming rights.”

The tribes have their own push for legalized sports betting back in November. Had it not been for the COVID-19 pandemic, the tribes would have probably surpassed a million valid signatures to put it on the ballot.

Tonight, two pitchers whose records could use a little polishing match up as the St. Louis Cardinals welcome the Miami Marlins to Busch Stadium to open a three-game series. Cardinals hurler Adam Wainwright has not picked up a win since May 20, while Pablo Lopez’s win in his most recent start last week was his END_OF_DOCUMENT_TOKEN_TO_BE_REPLACED