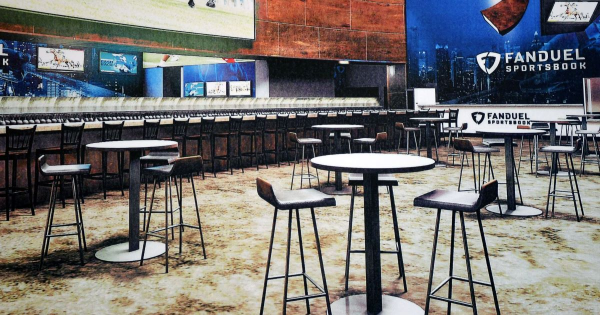 Once sports betting began in New Jersey, it appeared like nothing would be able to stop it. However, this recent coronavirus outbreak has now been the first thing to come between The Garden State and its heavy doses of revenue over the last year and a half.

According to numbers released on Wednesday by the New Jersey Division of Gaming Enforcement, there was only a betting handle of just under $182 million at New Jersey sportsbooks. That’s a drop of just over 63 percent last month, and it’s even down just over 51 percent from March 2019.

Not only is the sports betting industry taking a hit, but the casinos are as well. After all, New Jersey has the second-worst infection and death-rate numbers from the coronavirus in the United States – only neighboring New York has more.

“As a surprise to no one during this crisis, the March revenue numbers show the dramatic impact of the closures,” said James Plousis, chairman of the Casino Control Commission. “I know that, at this time, the paramount concern for all of the casino licensees in Atlantic City is the safety of their employees and customers. I share their concerns.”

As a result of the coronavirus, Governor Phil Murphy ordered a shutdown and closed all casinos on March 16 to avoid further infections to New Jersey residents.

“Shutdowns from the coronavirus pandemic are affected New Jersey’s gaming industry in ways that are unprecedented, and that will continue until the country begins to return to some semblance of normalcy,” said Dustin Gouker, who is the lead analyst for PlayNJ.com.

“New Jersey’s online casinos are a boon to the gaming industry, which employs thousands and generates millions in tax revenue for the state. But it’s not enough to fully bridge the gap from the revenue lost from sportsbooks and Atlantic City’s land-based casinos.”

It wasn’t surprising to see the online gaming numbers stay strong in March. After all, the brick-and-mortar locations were closed that forced people to stay home for their gambling needs. Online gaming was up 65.6 percent compared to March 2019, which accounted for $64.8 million of the industry’s $156.7 million in total revenue.

“Based on New Jersey’s strong momentum over the last two years, the state would have likely hit an all-time high in sports betting handle and could have topped $600 million,” said Max Bichsel, vice president of U.S. business for Gambling.com Group.

“Instead, the state just saw $182 million in bets placed without March Madness or any other major sport over the second half of the month.”

Some folks have even decided to get on board with the online casinos, being that some of them have live dealers; that aspect gives the feel of really being there at the casino.

“Online casinos can’t sustain the industry forever, but those with the healthiest online products should be in the best position to emerge from these incredible circumstances,” said Eric Ramsey, an online gaming analyst for PlayNJ.com. “And the tax revenue from online casinos is welcome when so much pressure has been put on the state.”

New Jersey collected a lot less than usual in gaming-related taxes last month, according to the DGE numbers. Only $16.7 million in casino taxes were collected compared to the $23.1 million it saw the year before.

Hopefully, things will be back to normal soon, and the great people of the gaming industry can get back to work.