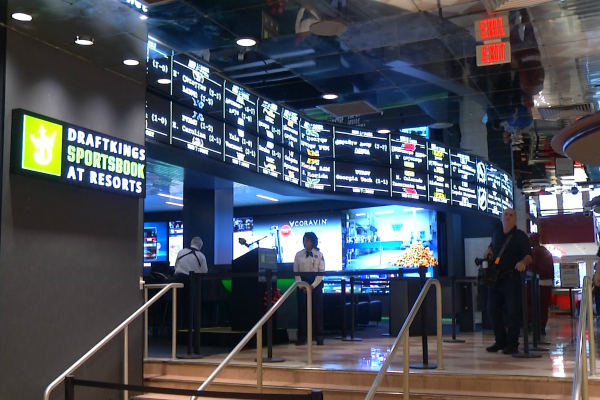 New Jersey is on the rebound from sports shutdowns that cost the state revenue.the past six months. The ‘Garden State’ has certainly been making up for lost time, as sports betting continues to expand and explode in the region.

New Jersey took in a whopping $748 million in sports bets for September alone, setting a new national record for rake in any state for one month. The New Jersey Division of Gaming Enforcement (NJDGE)released the numbers this week.

New Jersey broke their own record, which was set just last month in August 2020. The total sports bets in that month were $667.9 million. Governor Phil Murphy signed sports betting into law in the state in June of 2018.

Governor Murphy Was An Early Supporter

It’s been a time for rebounding for not only New Jersey, but other states that have been limping along during COVID-19. The summer saw the return of major sports leagues to playing fields across the country, minus the fans. The stadiums consisted of mostly close family members.

The MLB, NFL, NHL, as well as the US Open and golf and tennis have all returned for sports betting fans to place wagers on.

The Garden State already has an enormous sports betting handle for 2020. In spite of a world-wide pandemic, the state has managed to bring in over $3.28 billion of sports bets for the year thus far.

The revenue for New Jersey for 2020 is $223.1 million, which is a very impressive number according to the NJDGE. An NJDGE official told the New York Post that these revenues are going to keep the state afloat, as many other programs have been placed on the chopping block, due to lost revenue in other areas.

Going Forward NJ Will Come Out Ahead

Due to the enormous sports betting industry in New Jersey, state legislators who fought to get sports betting legalized are grateful. One lawmaker who wanted to be anonymous said that if the state didn’t have sports betting up and running, they would be in deep financial trouble.

The sports betting industry as a whole has exploded across the country after the historic Supreme Court decision in 2018 overruled a national ban. Nevada was the only state exempt from the ban, and continues to take in the most gaming revenue overall.

With about two dozen states having legalized sports betting in some form, New Jersey holds several records for most revenue. Nevada has several records that were set in 2018 and 2019, but in the mobile wagering age it’s other states that are starting to surpass Sin City.

Medina said, “considering how new sports betting is, it’s an incredible amount of business it’s doing for such a short time. I think more sportsbooks will go public and more and more businesses will invest in New Jersey, due to the exploding industry.”

Several more states are expected to launch sports betting in 2021.