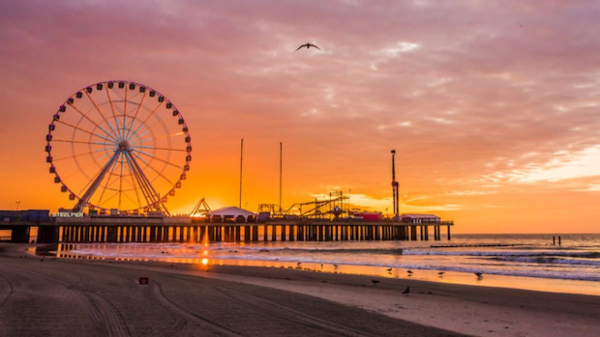 A great 2019 comes to a close for casino and sportsbook operators in the Garden State, leaving many to wonder what 2020 holds for the industry.

The December 2019 report on gambling revenues has been released by the New Jersey Department of Gaming Enforcement, and with it came the ability to evaluate the year as a whole. Suffice it to say that sports betting has been a welcome addition to the New Jersey gambling landscape, and mobile continues to be a powerhouse when it comes to generating handle.

Some Key Numbers from the report

While the report covers the revenues generated across all gaming activities, let’s focus in on the sports betting numbers for New Jersey:

The December Report continued with its breakdown of where sports betting money is being bet. For 2019 the numbers are as follows:

What story does these numbers tell?

There is a lot that we can infer from the numbers as they have been reported.

When the sports betting industry launched in New Jersey and other states in 2018, some of the early hold numbers gave lawmakers and tax collectors reason to be giddy. However, given what we know about the historical hold numbers for sports betting operations (somewhere between 4.5-6.0% on average), the December number of 5.3% is far more realistic. Operators will want to push exotic bets like Parlays and Teasers to see a higher return overall.

Basketball and Football lead the way

Some have claimed that football generates the lion’s share of handle across the United States. While the transparency into the parlay numbers isn’t available in this report, the bottom line is that sportsbooks should not take basketball bettors for granted. There are significantly more games for those bettors to wager on, and we expect to see a major marketing push from operators in the New Year to take advantage of events like March Madness to drive revenues in a slower month.

Mobile is King – The Duel with retail is over

With a staggering 88% of bets being placed online, the clear winners in the New Jersey sports betting space are Fanduel and Draft Kings, who combine for a market share of revenue of approximately 75%. Considering how much competition there is in the space, it is still amazing to think that these two sites account for that much of the action.

Another point that arises from these numbers is that the states that are not allowing full-scale mobile wagering (and account creation) are clearly shooting themselves in the foot. While the retail experience is fun for some, the bottom line is that many bettors do not have the time or ability to make it to a retail location either to create their account or to place bets. Other states should see the signs coming from New Jersey and adjust accordingly.

There’s room in the pool for everyone

When sports betting became legal across the country, many believed it would spell doom for the Nevada industry. While we await the December report from the NGC, the November numbers showed record amounts of handle across the state, despite sports betting being offered in multiple states that month.

The introduction of legal sports betting across the United States will likely see an increase in activity in Nevada. People are still going to visit cities like Reno and Las Vegas, and with more people understanding how betting works, it is far more likely that someone will make a wager while in a casino there. Online poker had the same effect in the early 2000s, and we expect the sports betting industry to reach the same result.

In 2019, Pennsylvania launched sportsbooks of their own in full force, and the fact that residents of that state no longer have to travel to New Jersey to make their bets seems to have had no impact on the numbers from the Garden State. It is difficult to estimate the impact that legal online sports betting in New York will have on the state’s revenues, but it also seems unlikely that New York will move very quickly on the topic in 2020 as they haven’t aggressively sought a solution over the last two years.

With the numbers for 2019 in and the possibility of new online operators launching in 2020, there is no reason not to be optimistic about the 2020 online gambling scene in New Jersey. Yes, there could be a threat of New York jumping into the mix, but with the volume of new bettors registering accounts in New Jersey each month, there is still a lot of room for growth in the market.