Nevada Outslugs New Jersey for a Record Month in November 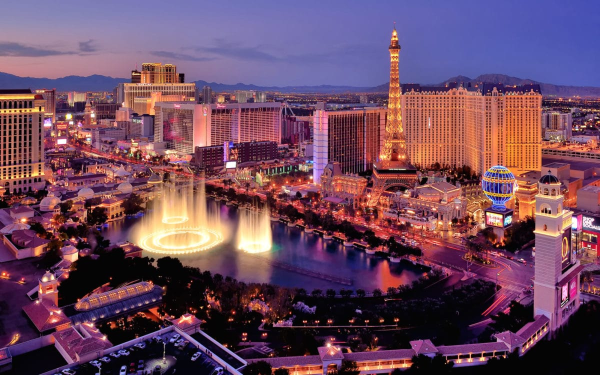 Las Vegas casinos continue to be a preferred choice for sports bettors as November handle number eclipse anything seen before in the state.

Just when you thought that New Jersey was ready to take over the sports betting crown from Nevada, the November numbers were released. What it showed was nothing short of astonishing – not only is sports betting not slowing down in Nevada, but it saw a record for handle in a single month. The November handle of $614.1 Million is now the highest monthly total ever seen by any state in sports betting. This was slightly higher than the $596.8 Million seen in March 2019 in the state.

Not so fast, New Jersey

These numbers coming from Nevada are significant for many reasons, but the most notable is that it goes against the common belief that when sports betting became legal in other parts of the United States, the numbers would fall in Nevada. Now, there is precedent for this position being incorrect in the past – when the online poker boom took place in the mid-200s, it was feared that everyone would stop going to Las Vegas to play cards as the options to play at home was much more convenient. IN fact, the number of players learning to play poker at home and qualifying for tournaments in Las Vegas increased the poker activity at casinos up and down the strip. If you look at sports betting through the same lens, it is easy to see that the potential for the future growth of sportsbooks in the state is there, especially as new sports bettors are being made in other states.

New Jersey is setting a great pace for the new breed of legal sports betting operations in the U.S. We are likely to see other states grow quickly as they come online as well, but right now, it is definitely a two-horse race.

The detailed report from the Nevada Gaming Commission shows that football betting led the way in Nevada in November, which is not at all shocking. Both the NFL and NCAA seasons are in full swing, and Las Vegas sportsbooks have been packed with football fans for years, given that the majority of the games happen on weekends.

Here’s a breakdown of the handle and hold figures across the main sports:

As always, parlay betting has by far the most significant hold percentage of any of the bets being taken in Nevada. These bets are difficult to win but the odds are such that they are also a great bet for social gamblers. There was a hit to revenues in November as players cashed in their future bets on the Washington Nationals winning the World Series, but the state was still able to bring in 31 million in revenues for the month

One trick left up its sleeve?

One area of sports betting that is not particularly popular in Nevada is online or mobile betting. Unlike New Jersey and many other states, you need to go to a physical casino to create an online account, and only recently have you been able to reload your account without being at the cage. This cumbersome method of managing online sports betting has caused the percentage of bets made via devices to be much lower than in other regions of the country. New Jersey, for example, saw well over 80% of its play come from online in November. If the NGC can figure out a more efficient way for players to be able to bet from their phones and tablets, we may very well see another spike in monthly handle figures again in the future.

One thing is for sure – rumors of the death of sports betting in Nevada have been grossly exaggerated. There is officially more betting taking place than ever before, and this shows that as long as everyone plays fairly, legalized sports betting across the country will continue to grow.