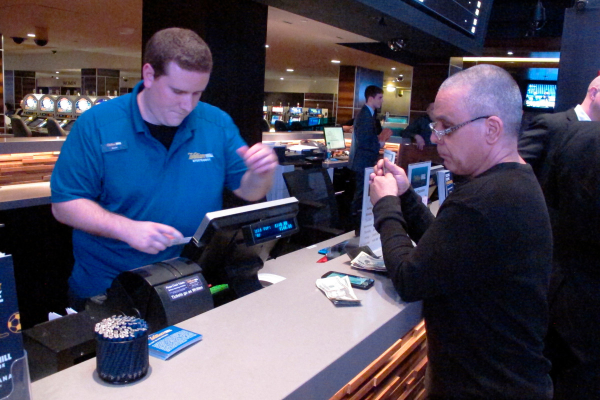 Sports fans and bettors have something to be happy about. The lack of sports in April and May was a dagger, but the return of most major athletic events in North America has given fans a chance to show their resiliency.

The best indicator that sports are back is the numbers being reported by gaming officials across the country. Iowa is one of many states reporting a nice bounce-back after the COVID shutdowns put their backs against the wall most of the Spring.

Brian Ohorilko, the Iowa Gaming and Racing Administrator, talked to ‘Iowa Radio’ to give some data on where sports betting stands in the state. Ohorilko said the amount of money that Iowa sports betters spent went up substantially in September.

He reported that September brought in over $72 million in sports bets for the state. Ohorilko noted that amount was the highest intake on sports betting since it launched in August of 2019.

November and December of 2019 held the previous rake record in Iowa with $59 million. Iowa has had a very good revenue year from sports betting, in spite of the COVID-19 setbacks. The fiscal year which started on July 1 has already brought in $104 million.

Ohorilko took the opportunity to remind people ‘that there was a complete and total shutdown of sports from March until the end of May. The Administrator says ‘that’s bound to have an impact on our numbers, but all things considered, we are very happy with the numbers.’

Sports betting analyst Robert Barnett of Des Moines said, “everyone in the sports industry has suffered in one way or the other. No one is getting through this completely unscathed, but states that had legal sports betting will end up in a much better position than the states that don’t.”

Barnett also points out that, “the first year of sports betting for Iowa was a learning process, it was so new. Everyone had to figure out their best game plan so to speak. This being the second year we started the year with more knowledge then the year before.”

Barnett weighed in on this too, he said,” last year there were only a few sports betting providers and they were really pretty green, just trying to learn all the ins and outs of the Iowa sports betting market, which being first in it, is not the easiest thing to do.”

Ohorilko said, “We have quite a few more options for customers at this point in time. I say that although we still do not have an internet option in the Council Bluffs area.” Ohorilko revealed that “due to some technology upgrades Council Bluffs will have online sports betting in the next few weeks.”

Ohorilko also revealed that “The large majority of Iowa sports betting players are making their bets online even thoughstate rules indicate that people must set up a sports betting account in person at a casino.”

Ohorilko believes that the online preference has nothing to do with COVID-19,”it’s just that everything is online, it just makes more sense.”