Hurry Up and Wait: The Michigan Licensing Process 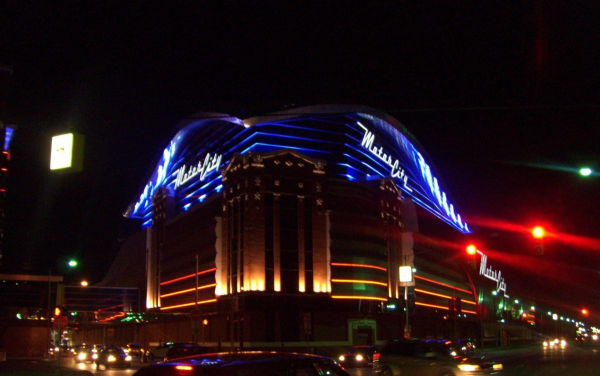 2020 is barely off and running, and already talks of legal sports betting in Michigan have everyone excited…except perhaps the lawmakers who have to write the regulations.

At the end of 2019, betting enthusiasts in Michigan were ecstatic to discover that seemingly out of nowhere, a law that would allow for sports betting and online gambling in the state was to be signed by the Governor. Now, with that law in place, groups are aligning and racing to get to the starting gate, but the big question that remains is this: how long will it be before residents can actually make a bet?

The law that ended up passing is very similar to the one that was vetoed by then-Governor Rick Snyder in 2018. This law outlines that the land-based casinos in Detroit, as well as the tribal-owned casinos across the state, would be eligible to apply for licenses for retail sports betting as well as online sports, casino and poker sites. When the 2019 version of the bill was signed into law by new Governor Gretchen Whitmer on Dec 20th, it set off a firestorm of activity in the industry. Not surprisingly, several of the tribal groups had already been in discussions with potential partners for the operation and management of their online gambling brands. Three of the tribes have announced these partnerships already, and there is little doubt the other dominos will fall early in 2020.

Having said that, what exactly is the procedure for applying and receiving a license from the state of Michigan? From what we know from other states, the first thing that has to take place is that the actual regulations have to be written. This may prove to be more complicated in Michigan versus other states that only passed sports betting legislation as two more products have to be regulated in this state. It is entirely possible that the state will take a phased approach to rolling out the regulations, saving online casino, poker and horse racing rules for later in the year. Even the Gaming Control Board isn’t sure what the plan is at this stage. “We must establish several sets of administrative rules, which pass through many levels of review,” spokesperson Mary Kay Bean said in response to the question of timing. “The MGCB will make sure the interests of Michigan’s citizens come first as we prepare for more legal gaming options.”

Looking at the numbers coming out of Nevada, New Jersey, and Pennsylvania, it is clear that the majority of the betting market over the last couple of years has been split between football and basketball. Michigan has a long history of both professional and college sports, and while the football season is done, there is some incentive to have sportsbooks open by the time the NCAA Mens Basketball tournament rolls around in March. Aside from that, the longer the state waits to get sports betting off the ground, the less tax dollars it can generate.

Also, for the casinos that are based in Detroit, there is an added incentive to be up and running soon -Canada. Detroit is right on the border of its neighbor to the north, with huge amounts of traffic crossing into the U.S. already for sporting events and other various reasons. As of today, sports betting is not legal in Canada except for a lottery-style parlay game. If there was an opportunity for a Canadian to head across the bridge to Detroit and place a wager at the casino, this would expand the potential market significantly. With no plans to legalize sports betting on the horizon in Canada (single-game sports betting is banned by a federal law). Michigan gaming establishments could generate revenues from this outside source.

Don’t sleep on the other products

It is important to take a step back and acknowledge the fact that the Michigan law is far more comprehensive than other states. Aside from sports betting, which sucks up all the oxygen in the room, Michigan residents are going to be able to play online casino and poker games legally, as well as Daily Fantasy Sports and betting on the horses. This is the type of bill that those in the industry like to see passed into law, and players seem to love the options when it comes to spending their money online. New Jersey has seen online casino revenues jump almost 30% since the introduction of sports betting, even though online casinos have been legal and operating in the state since 2013. Other states are likely going to watch how everything transpires in Michigan this year and take the learnings back to their individual states.

While it can be an excruciating wait for sports bettors to find out when they are finally going to be able to place wagers on their favorite teams, exercising patience will ensure the most inclusive, enjoyable experience for a long time to come.