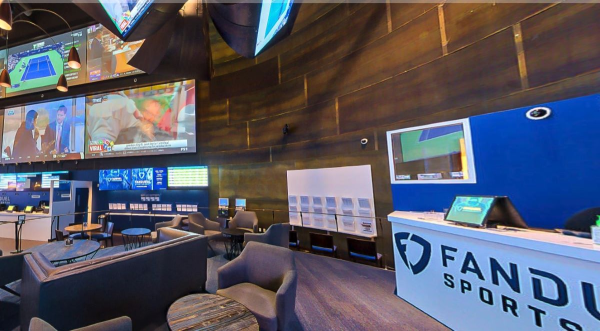 A recent report on the revenues of current legal sports betting states paints a picture of the haves and have-nots in the operator and vendor space.

Sports betting has been a hot topic since it became possible for states to pass legislation making it legal after the repeal of PASPA in 2018. It seemed like numbers were being pulled out of the sky with regards to the potential size of the industry and how much potential money operators (and state tax collectors) could make. Now that we are almost two years into this new regulated landscape, and with several states already offering legal sports betting and others preparing for launch, it is time to revisit who is making money in this industry.

The consulting firm if Eilers & Krejcik Gaming, recently published a chart that shows the breakdown of what percentage of the real money sports betting revenue is being taken by the companies in operation.

Here is how that chart lays it all out (based on reported figures from each individually regulated state, not including Nevada):

This list paints a very honest picture of where sports betting currently stands in the U.S. and may give a clearer picture of where it may be headed. Let’s take a look at the numbers in a little more detail.

DFS Investment has paid off

Let’s start with the elephant in the room – or maybe the two elephants. The clear leaders on the operator side of the business at this stage are Fanduel and Draft Kings, combining for two-thirds of the revenues coming into regulated sportsbooks. This isn’t really much of a surprise as these two companies have spent hundreds of millions of dollars in the 2010s creating brand awareness and generating players in the Daily Fantasy Sports industry. The shift to real-money sports betting was natural for these two, and the fact that they already have millions of names of monetizable sports bettors in their databases makes converting them so much easier.

Having said that, it is important to remember that these giants are not yet turning much of a profit from sports betting. Draft Kings revealed losses of over 100 million USD in 2019, which came from the investment in the sports betting market across the U.S. Fanduel was sold to Paddy Power, making it a huge gaming company but also giving it the financial backing it needs to continue to lead in new markets.

Being first doesn’t mean being the biggest

William Hill shot out of the gate in states like New Jersey in a post-PASPA environment, singing most of the first deals to operate sportsbooks. That, however, hasn’t translated into revenues for their books. The company will be doing ok from a bottom-line perspective for now as many of those initial deals left land-based partners holding only a small percentage of the profits in return for a turnkey solution. When these deals are up for renewal, it will be very interesting to see what William Hill does to retain the business.

It is still early days…but is it too late for some?

When looking at the entire sports betting landscape, we are only in the early stages of adoption both from a state-by-state perspective and also by the number of people betting in the legal states. There will be growth on both fronts, but the question is how long will some of the operations, especially those that earn most of their revenue from markets in Europe like Unibet, continue to pour money into the market for only scraps of revenue. The strategic decision to join the U.S. market may prove to be too costly for some of these companies to remain in the market even when it is legal across the country.

Where is the next wave of revenue coming from?

The multi-million dollar question is figuring out where sites will be gaining revenues in the coming months and years. With the focus on trying to get new, casual bettors into the mix in the United States, there will be more effort put into trying to tighten up the conversion funnel with free play and contest-style betting games. Along with that, getting players to bet more often by way of in-play and live betting will be a major push for the next couple of years. Here is an opportunity for one of the smaller players in the market to plant their flag as being uber-focused on a particular type of betting to gain an advantage (and some more money) over the competition.

Regardless of what happens next, the excitement over the future of sports betting in the United States is not waning. Everyone on this list and many more companies that aren’t there yet are looking forward to the continued expansion into more states and the growth of the regulated sports betting space. Will anyone be able to dethrone Fanduel and Draft Kings? Someone must have a betting line on that, no?