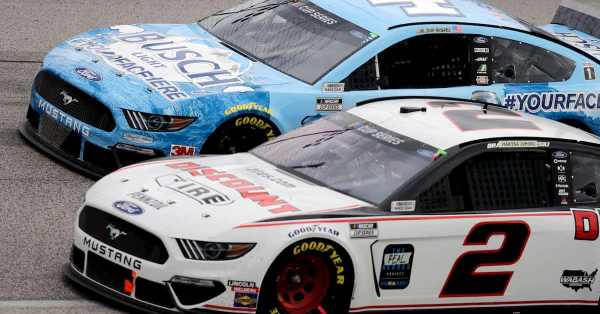 Going into Sunday’s Xfinity 500, Kevin Harvick was the favorite to win the 2020 NASCAR Cup Series title. And with a hefty lead in the race to be one of the final four drivers to duke it out for the title, “The Closer” looked to be a near shoo-in to have a shot to secure his second Cup Series title. But with the unlikely having occurred at Martinsville, things are now wide open going into the season finale in Arizona for drivers and for bettors.

Harvick was the odds-on favorite for good reason. His nine wins this season were the most for any driver since Carl Edwards won nine times in 2008. But just like Edwards missed out on the title that season, Harvick won’t get his hands on the trophy this year.

Harvick can certainly lament some misfortune, as a flat tire affected his chances of securing the finish he needed. And there’s a lot that can be said for NASCAR’s current playoff system, which can see the season’s best driver lose out at the end. But that’s little consolation for him or anyone who threw their money behind him to take the title.

With Harvick off of the board, there is no standout favorite among the quartet that can clinch the championship at next Sunday’s Bluegreen Vacations 500, so bettors may not have an easy time deciding who to back. The title will come down to which driver posts the highest finish, so a win is not a necessity. But in each of the six previous seasons a playoff system has been in existence, the title has been won with a victory.

Two drivers in the final four have Cup Series titles to their name, and already having experience in closing the deal can be a valuable asset to consider. Joey Logano won in 2018 and Brad Keselowski won in 2012, so they know what it takes. But they bring up the rear in the latest odds at +265 and +280, respectively.

Logano is not only a former champion but has also scored five top-3 finishes thus far in the playoffs. That is more than either of the other contenders, so his odds are worth watching as the week progresses. Keselowski might get less attention than the other three drivers, but he has four wins this season and is the only contender to finish in the top six in each of the last three races.

Ahead of the two past champions are two drivers seeking to win their first Cup Series crown. Chase Elliott, who won the Xfinity 500 at Martinsville to claim his place in the final four, comes in at +235. Elliott, who is regarded as the most popular driver in the series, would be the first series champion under the age of 25 since Jeff Gordon in 1995. He has four wins this season, including two in the last four races.

Also coming in at +235 is Denny Hamlin. Hamlin has seven wins this season and is the veteran in the field. He has come close to a title multiple times but has yet to win it all. Finally winning a championship would be the topper on a hugely successful Cup Series career that has seen him win the Daytona 500 three times and 44 races overall.