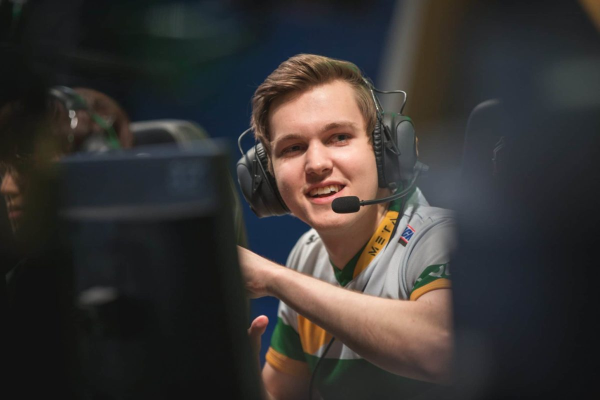 The last match of LCS Summer Split Week 2 will feature FlyQuest and OpTic Gaming battling it out on the Summoners Rift, with OpTic Gaming hoping they can continue with their run, while FlyQuest will have a lot to prove.

Week 1 Not Friendly for FlyQuest

FlyQuest enters week 2 of LCS Summer Split as the last team on the leaderboard with a 0-2 record. Looking back at week 1, FlyQuest had a fairly tough schedule, as they took on the likes of Cloud 9 and Golden Guardians.

As we know now, they lost both of their matches; however, the final result does not paint the whole picture. In the first match of LCS Summer Split, FlyQuest faced off against Cloud9 in a close match that looked promising for FlyQuest but was ultimately won by Cloud9, who in the end have far more experienced and arguably far better players in their roster.

Heading into game 2 of week 1, FlyQuest was put up against another tough opponent, Golden Guardians, who completely outperformed FlyQuest in terms of macro-play and convincingly won 30 minutes in. That match concluded week 1 for FlyQuest, who finished 0-2 and were left to forge the strategy that would get them back on the horse in week 2 when they will face off against TSM and OpTic Gaming.

OpTic Gaming Sit in the Top 3

I must say, I am impressed by the results OpTic Gaming put up in week 1, at least for their standards. Sitting at the top part of the standings with a perfect 2-0 record is something I could hardly imagine seeing from OpTic Gaming, but seeing how they took down 100 Thieves and Clutch Gaming, we can not be too enthusiastic.

How they managed to win both of their week 1 matches is by picking some lesser-known meta picks. Lee “Crown “Min-ho entered the match against Clutch Gaming with an AD Kleptomancy Twisted Fate pick, which does enjoy its fair share of success in solo-que, however, is considered to be a troll pick. Still, I am a bit baffled by their TF pick. It’s not so much the champion on its own, but the fact that OpTic picked a team fighting team and rounded it up with Twisted Fate, which is still something I don’t understand. This puts me into a position where I am a bit skeptical about their tactics and how will that work against stronger teams.

More Than Results To Consider

Looking back at Spring Split, FlyQuest and OpTic parted ways with a 1-1 record, each grabbing one win against the other. With that in mind, this one seems like a toss-up match; however, I do not believe this will be the case.

OpTic Gaming enters week 2 with a 2-0 record, which looks good on paper, but considering the teams they had to face, it’s far from amazing.

100 Thieves, while a team that seems to have a lot of unused potential, are simply lost and perform terribly. Clutch Gaming, on the other side, are not among the top dogs, so winning against them is not a huge accomplishment on its own.

FlyQuest, on the other side, had two hard opponents in week 1 and while we can not deny they lost both, FlyQuest did put up a good fight against Cloud9, which is in my eyes promising performance looking forward. Taking a closer look at the performances of OpTic and FlyQuest, I feel comfortable saying FlyQuest are a stronger team, with a much better macro-play.

Some may argue the momentum of OpTic Gaming will work in their favor, however, momentum can only take you so far, while it’s going to be the quality and experience that will win this one for FlyQuest.