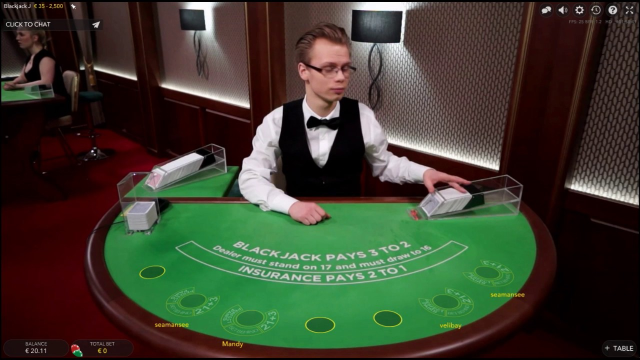 Evolution, the global leader in live dealer casino, has had enough success in the New Jersey market that they are expanding their operations and studio in the state.

It was announced this week that Evolution Gaming has been given clearance by the New Jersey Department of Gaming Enforcement to expand their operations by creating a larger studio to house their live dealer streams. According to the documents filed earlier in the month, Evolution plans to expand their current studio setup from 2,223 square feet to 5,386 square feet. This, according to the company, would allow them to expand their current offering to add a full 24 new streaming tables to their existing setup.

For those of you who may not have heard of the Evolution name before, they are no spring chickens. They have been in the online casino business since the mid-2000s, focusing solely on their live-streaming technology. Sensing that the market would want to combine the ease of online casino play with the look and feel of playing in a real casino, Evolution set out to develop the best software and experience, and they have succeeded.

Starting first in Asia, the company quickly cut its teeth on the streaming model, ironing out several kinks as they went. This model allows you to play with a dealer of your choice from a pool of dealers working at any given time. Assuming there is a spot at that dealer’s table, you are then brought to a live stream on your screen from a studio explicitly built by Evolution for this purpose. For their Asian and European offerings, the company has been able to use multiple studios they have built around the world, but in order to gain a New Jersey license, the company had to set up a physical location in the state.

Growth alongside the entire online gaming industry in New Jersey

Evolution launched its live dealer studio in New Jersey in August 2018 and clearly has seen the popularity of their games grow along with the market as a whole. The addition of sports betting to the market has helped the online casino revenues swell as well, and the players in New Jersey were looking for more live dealer options.

The studio that Evolution built for their live dealers is housed in the Hard Rock Atlantic City and is overseen by the security team inside that property. The DGE approved the new expansion of the same location with an understanding that it must still conform to the highest of security measures for the games.

For the most part, people seem to be trending to these live dealer games rather than playing with the standard RNG games provided by most online casino vendors. One of the most compelling reasons to play live dealer table games, aside from the entertainment of the stream itself, is the speed of the game. If you have played traditional online casino games like blackjack, you know how fast the hands are completed, meaning you are playing far more hands per hour.

While some players enjoy that speed, most casual gamblers like the atmosphere of playing in a live casino, especially when the hands are slowed down enough for people to take a breath. There is still a time limit for your action at one of these tables, but it’s set in a way that would make you feel like you are sitting in Atlantic City even if you are in your house in your underwear.

More growth to come for Evolution

This approved expansion is only the beginning for Evolution in North America. The New Jersey studio was the company’s 10th built around the world, including a property in the province of British Columbia in Canada. They have recently been approved for opening a studio as part of the introduction of online casino games in that state. We have no doubt that as other states and provinces change their laws and open the doors to not only sports betting but casino games online as well, Evolution will be at the forefront of that growth with their excellent live dealer offering.