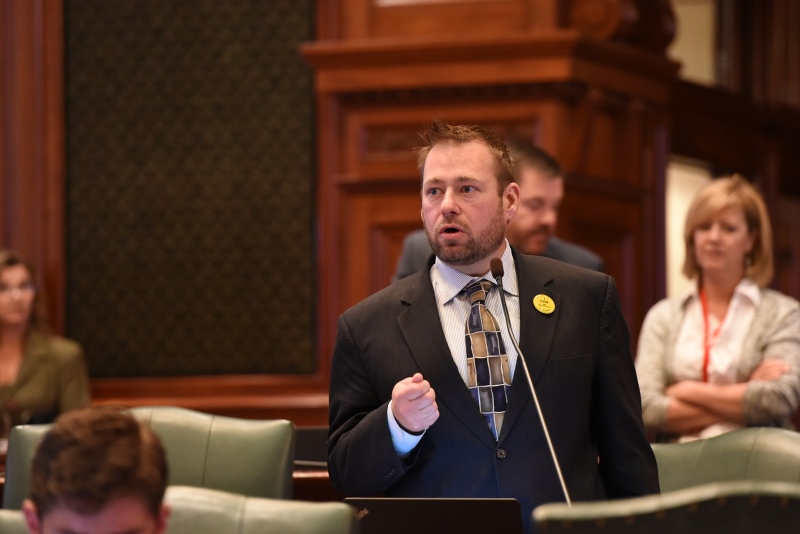 Some contradicting developments in Illinois regarding sports betting have many people in the state confused as to when legal betting will begin if at all.

Back in 2019, sports betting fans in Illinois got a great early Christmas present when Governor J.B. Pritzker signed a proposed sports betting bill into law, paving the way for legal sportsbooks in the state as early as 2020. As the calendar page turned to the new year, there were still some questions regarding the licensing process, and this past week there has been even more confusion added to the mix as there are differing reports on the status of sports betting in the state.

It would appear that not everyone is on board with the plan to bring legal sports betting to Illinois, or at least not in its currently proposed form. On February 14th, as the Illinois government was preparing to move to the next phase of the licensing process, Rep. Allen Skillicorn, a Republican from the 66th District based in Crystal Lake filed HB 5561, a bill that would see all the gambling-related language from the previously passed bill repealed, which would include the language about online and retail sports betting.

This is a surprising turn of events, given that the original bill had been passed several months ago. While Skillcorn’s agenda is still not entirely clear, as the bill has no other sponsors, this seems like more of a stalling tactic than anything. Regardless, it has indeed been filed, which is going to make some people in the state sit up and listen.

Pritzker has much more optimistic view of Madness

After the introduction of HB 5561, the Governor’s office put out its own statement on the status of sports betting in Illinois, and it was much more optimistic than what Rep. Skillicorn would like to hear. In advance of a Committee meeting to discuss the licensing rules for Phase 1 of the sports betting legislation, Gov. Pritzker’s press secretary was quoted “The governor is pleased that Illinois sportsbooks will open for business by March Madness, generating revenue to rebuild universities, hospitals, and other facilities across the state,” He continued “Illinois’ largest-ever capital plan, with investments in every part of the state, Rebuild Illinois was supported by Democrats and Republicans alike because it will create and support over half a million jobs over the next six years.”

It has to be said that Illinois has taken a very slow road from passing the initial legislation back in the fall of 2019 to where we stand today. This methodical approach to launching sportsbooks in the state may be causing some frustration amongst players, but not with those who could potentially apply for licenses. This is a very smart approach by the state – other states have rushed into licensing and launching online and retail sportsbooks and have had massive growing pains as a result.

The current licensing opportunities in Illinois will see a wide array of possible sportsbook locations, and the state is wisely adding online and mobile betting right out of the gate, which is another mistake that several states have made in their regulations. Given the massive success of mobile betting in states like New Jersey (over 85% of bets made in that state are online), to launch without it makes no business sense.

As far as the current timing goes for licensing, Pritzker’s prediction may be a bit aggressive. With only a few weeks to go before March Madness begins, the state may not be able to get licenses approved fast enough. The good news is that many partnerships have already taken hold between the potential licensees and sports betting operators, so no doubt there is work being done behind the scenes to have the betting side of the business ready to go.

One thing is for sure – if the numbers from the border casinos in Indiana are any indication, Illinois is going to see heavy participation in legal sports betting when it launches in its state. The faster they can get it to market (as long as it is launched properly), the sooner the Illinois government will reap the tax benefits it so desperately needs.