Could Alaska Be On The Verge Of Legal Sports Betting? 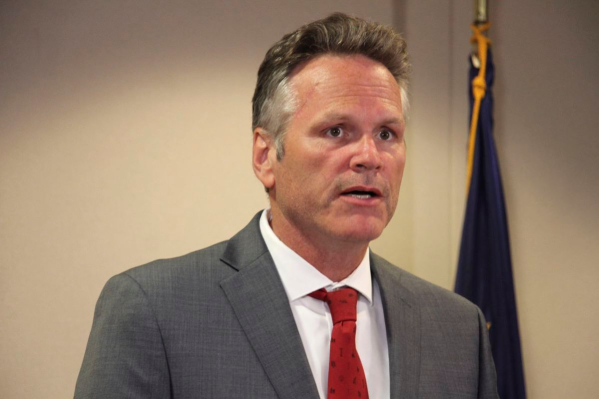 Let’s face it – many Americans don’t know the first thing about Alaska, despite everything Sarah Palin tried to explain in her run for the White House a decade ago. The state far above the Lower 48 shares a federal government and more with states to the south, but when it comes to gambling, it is one of the most conservative states out there.

For example, did you know that Alaska is one of only a handful of states that doesn’t even have a State Lottery?

There is some hope that this will soon change, however, and if it does there may very well be legal sports betting to add into the mix. There are two lottery-focused bills being discussed in the state, one of which being far more comprehensive and including sports betting. This bill, introduced by Alaskan Governor Mike Dunleavy, would see a full lottery commission be established to oversee local draw and scratch games, as well as access to the major multi-state draws such as Powerball, and finally sports betting across the state via mobile devices.

No Retail Betting in the proposal?

The proposal that Gov. Dunleavy has introduced would not see sports betting opened at the retail level. This is actually a very smart move by the Governor – the state is vast with many remote areas, making mobile and online betting a far more amenable way to access scores and odds. Further, there are no land-based casinos to speak of aside from some small bingo halls, so there is not a push from the retail sector to add these games.

The success of mobile betting in states like New Jersey and Pennsylvania only goes to show the power of giving players the chance to access betting sites from their home or mobile devices. In fact, states that have not yet added online and mobile channels to their platforms are far behind expected revenues coming from sports betting as a whole.

This is not the first time the state has debated the merits of adding a lottery to their government operations. There have been several studies cited in the discussion and introduction of these lottery bills, with estimates on the Governor’s bill of upwards of $100 Million in additional tax revenues coming into the state.

Gov. Dunleavy issues a statement with the introduction of his gaming bill. In it, he writes “Aside from creating a pathway that could lead to business opportunities, the purpose of the bill is to generate new revenues for the state,” He continued “In an era of declining state revenues, Alaska must consider new ways of funding government services that satisfy the public health and welfare needs of our citizens.”

It’s all in the language

With Alaska being a very conservative state and high concerns about problem gambling being introduced into the landscape, there is a bit of distance being put between the governor and the sports betting language in the proposed bill.

The current language in the bill calls for an Alaska Lottery Corporation and reads in part “the corporation may conduct any type or kind of lottery game, including single-jurisdiction and multi-jurisdiction draw games instant tickets, sports betting, and keno. The corporation may conduct lottery games through the use of any media, including electronic terminals, computers, and the Internet.”

As with bills in all other states, this bill will be debated and fine-tuned before it ever makes its way to the House floor for a vote. The hope is that there will be a vote on it before the end of this legislative session, which may mean that the Land of the Midnight Sun may be out of the gambling darkness before the end of 2020. That can’t come soon enough for sports fans who are living in the cold of Anchorage and the surrounding areas.