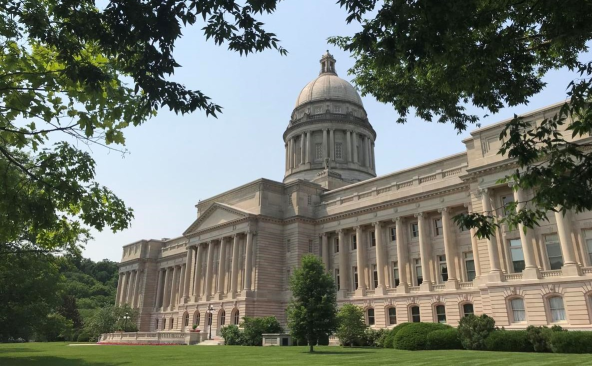 Seemingly without warning, some proposed amendments to the language in the Kentucky sports betting bill are causing concern and could kill the bill before it makes it to vote.

Every state seems to want to put its own stamp on sports betting legislation. Sometimes, a state will look to an already established market or more to determine best practices, ensuring their bill will not only provide a healthy environment but will also work to benefit all stakeholders -operators, players, and of course, the tax collectors.

And then there’s Kentucky.

A state that is sports-mad and has a horse racing industry in need of propping up, Kentucky entered the sports betting lexicon when Rep. Adam Koenig introduced H 137 a few weeks ago. This bill would see Kentucky open its doors to legal sports betting, and if passed, would see betting ready to go before the end of 2020.

As with any bills, amendments are expected, but in the case of H 137, they seem to have arrived as somewhat of a surprise to Rep. Koenig. There have been several changes proposed to the bill, which many in the industry feel could shut down any healthy discussion about the bill’s final language. Let’s have a look at the amendments that are causing the most concern.

The first addresses how sports betting can be approved across the state:

This basically means that any of the local jurisdictions within the state of Kentucky reserves the right to approve or ban sports betting.

There are 120 different jurisdictions in the state.

This would be a massive nightmare from a geolocation standpoint. It is already a challenge to ensure that all mobile devices near the border are ringfenced properly to adhere to state law in other states. Having someone being able to drive in and out of different counties and their sports betting accounts being blocked could pose a major issue for operators.

It’s All About The Benjamins

The second proposed amendment deals with taxes on wagering in the state. The original bill had the following tax rates:

There have been three potential proposals for taxation put forward by Rep. Jason Petrie. They are as follows:

As you can see, each of these options gets progressively better for the government and worse for the sportsbook operator. These rates are far too high for the market to bear, and in the case of Option 3, would be the highest tax rates currently in the country. These proposed amendments will be met with great debate, which could delay any possible vote on the bill.

The last amendment to highlight is in regards to the number of licenses to be issued in the state. Rep. Richard Heath has proposed to increase the number of retail sports betting locations from the seven in the initial language of the bill (the six racetracks and the Kentucky Speedway) to thousands with the inclusion of any lottery retailer and any restaurant or bar where 70% or more of its sales come from food. This would open the door to almost 4,000 locations, which would drown the business even though it would make it far more accessible for those wanting to bet at a retail level.

This argument has some merit – the lottery in other states has been approved for a sports betting license – however, the bottom line is that having all those retail locations won’t be as cost-effective in an environment where players will be able to bet at online sites. The lottery should be focusing their efforts on ensuring that they get an online license above and beyond anything at the retail level.

Betting on a longshot

Before these amendments, the word on the street was that any sports betting bill was going to have trouble passing in the Bluegrass State. An unofficial poll taken recently showed that the bill would be short by a few votes, and these amendments may further distance the two sides. Just like a horse race, however, we are only at the quarter pole, and there is a lot of ground to be made up between now and the final stretch. Only time will tell if H 137 has the legs to get back to a position to make it across the finish line.