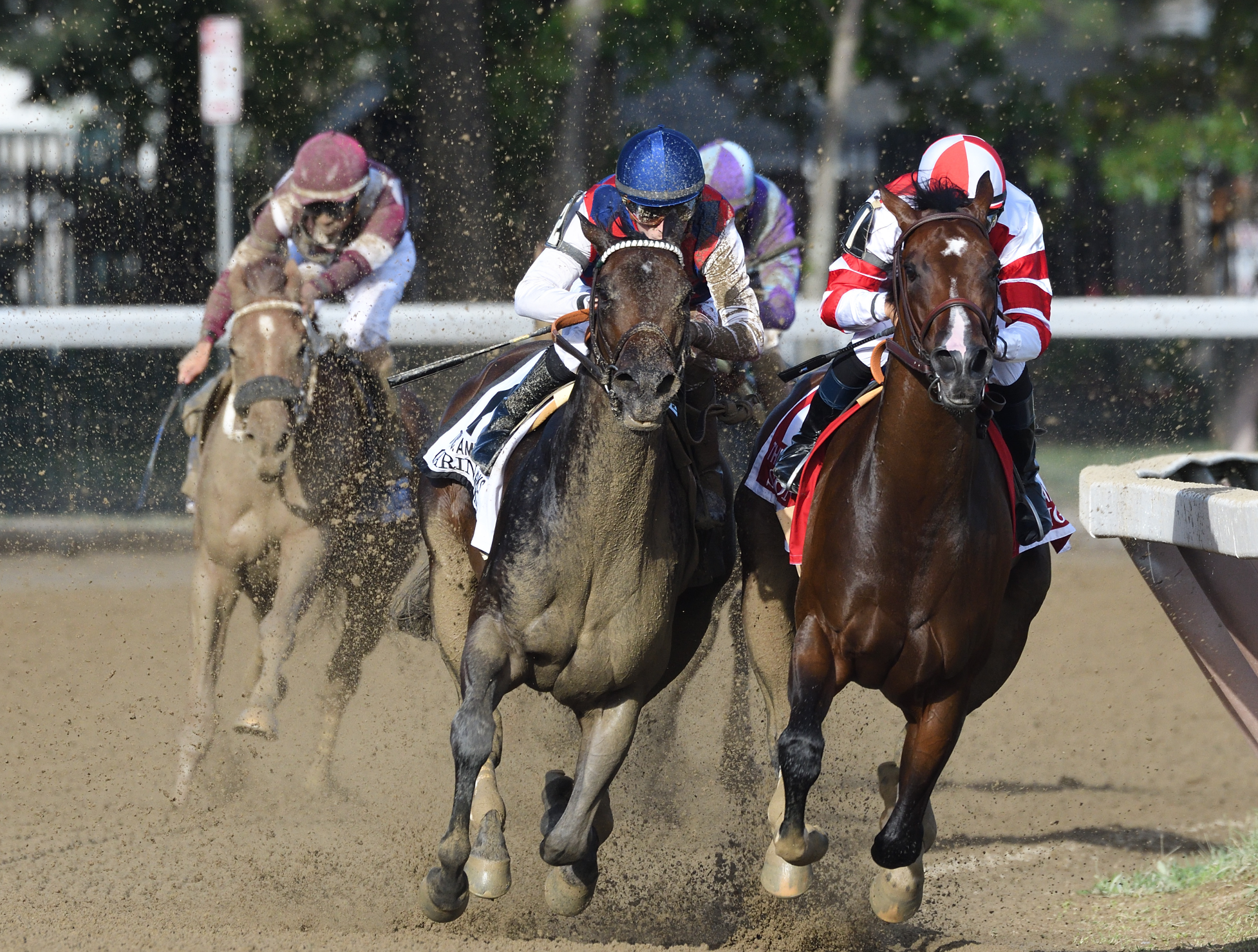 It will be another rainy day at Saratoga Springs today but most of the horses taking part in this state-bred stakes today have found success on wet tracks today.

Two of the most likely winners actually train together and will go at it another time in this route race. Can the outsider turn the table this time?

Number 1, FROSTIE ANNE likes to win. She comes off 4 straight wins, including one this week at Saratoga on this very distance. The trainer is having a great week and running so quickly is an old trick when the horse is hot. It is not used so much nowadays, as horses are more fragile, so the fact that the trainer turns FROSTIE ANNE back so quickly is a sign of confidence. There is rain on the forecast so that could help FROSTIE ANNE too as she has won nearly half of her attempts on wet surfaces. The pace scenario should be a bit more difficult than in her last few races though. FROSTIE ANNE has a good profile for this race, she won in stakes company earlier in the year and she is comfortable at Saratoga and on the wet. There is a doubt on the pace scenario, so I am not sure she is a good bet as the favorite in this race.

Number 2 HELD ACCOUNTABLE is one of the younger horses in the race, but it looks like the 3-years-old is having some trouble as she comes into adulthood. She did well last year, winning and placing in stakes races but so far in 2018 it has been very difficult for her. The trainer is doing well at Saratoga recently but there is no real sign of improvement for HELD ACCOUNTABLE in her recent races… I think that she is a safe pass today.

Number 3, VERDANT PASTURES has not been racing a lot in the last few months and that’s a pretty bad sign, there must be something wrong with her. She posts impressive workouts leading to this race but so did she in May before she got beat by 30 lengths… VERDANT PASTURES has a lot of early speed and she will probably at least spoil the pace for the favorite but can she go all the way? She won on the distance, at Saratoga, last year and actually destroyed her opposition that day. If VERDANT PASTURES is healthy, she has a chance but given that massive question mark and a hard pace expected, I think it is better to watch her run today.

Number 5 LAND MINE will make her second start this year, working for a trainer who is finding success recently at Saratoga. The second start trick is a killer for this barn and being still relatively young, maybe LAND MINE can improve a lot from her second-place last month on this very track. LAND MINE likes the wet track, Saratoga, and the distance so she should fit in just right today. She does her best racing coming from behind and today’s pace scenario should be just right for her. The trainer angles are looking very good and if she can improve from her only other start this year, LAND MINE has a very good shot today.

Number 6, PINK TWIST won a race on the same Saratoga track less than 10 days ago, but one needs to realize that it was in a much easier class category. Before that victory, PINK TWIST did not impress a lot and given that her worst race was on a wet track, it is likely that she will not like it very much today. PINK TWIST has some early speed, so I think that she will go fast early and spoil the pace, but I don’t see her going all the way.

The main attractions in the race work for the same barn and go against each other once again. The favorite always had the upper hand, but I think that the pace scenario might favour FROSTY MARGARITA this time, over FROSTIE ANNE.

FROSTIE ANNE likes to go for the lead and she will have some competition on that front today, including from horses unlikely to last long. That should open the door for horses finishing strong and FROSTY MARGARITA can reserve her speed for the last furlong.

I think that both are going to be bested by LAND MINE though. She makes only her second start of the year and if she can improve from her first, she can dominate this field. Based on the pace scenario and likely odds, I think that she will be the best bet today.

After the Novak (or Novax?) Djokovic visa saga dominated pre-tournament headlines, we can finally look forward to some on-court headlines as the Australian Open gets underway. Djokovic news has taken the focus off of the tournament, which is certainly understandable. After all, the fate of the world number one and top seed would significantly impact END_OF_DOCUMENT_TOKEN_TO_BE_REPLACED