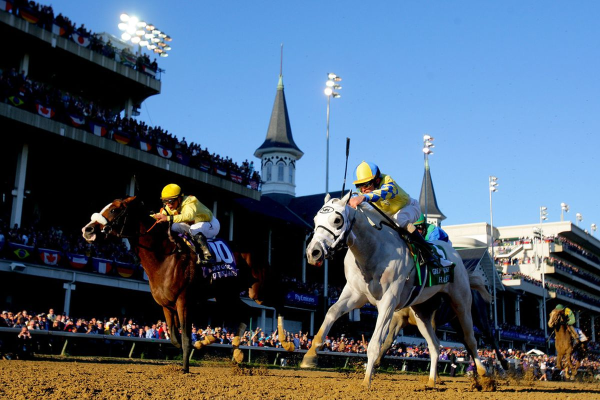 One of the most anticipated events of the year, the Breeders Cup Championship, is a two day tourney that occurs every year in November for two consecutive days, usually Friday to Saturday. During these two days, breeders look forward to being crowned the winner and cashing out big, while bettors hope to make some big money backing the winning horses.

But what is the Breeders’ Cup, and why is it important?

The first ever Breeders’ Cup championship was held at Hollywood Park on November 10, 1984 as a year end championship for thoroughbreds in North America. Over 30 years down the line in 2017, the organizers decided to expand the championship from the initial one-day tourney to a two day format.

Ever since its inception, the championship continues to attract the best thoroughbreds from every race division, all coming together to compete in 14 different categories. While each breeder hopes to emerge the winner in their respective categories, it’s normally on Saturday where the big bucks race. Championship Saturday features a $6 million classic, while the total sum to be won amounts to $22 million.

The most common Breeders’ Cup categories include Turf Sprint, Big Ass Fans Dirt Mile, and Longines Classic. While this is a two day tourney, most bettors tend to look forward to this championship, as it offers them an opportunity to make some serious cash.

How to Bet on The Breeders’ Cup

There are several ways to bet on the Breeders’ Cup and win big. Here are some of the bet markets to look out for when wagering.

How to Choose a Racebook to Bet on Breeders’ Cup

While there are plenty of racebooks offering a variety of horse-racing bet markets, there are two who stand out from the crowd. Several key factors distinguish the top-rated racebooks from the standard racebooks. Here are some of the things to look out for when choosing a racebook for breeders’ cup betting.

The first thing to check when selecting a racebook is reputation and trustworthiness. Before settling for a racebook, it’s important to check online reviews especially reviews from other bettors. A reliable racebook must always honor the wages placed, provide payouts within 24 to 36 hours, and also keep the bettors information safe and secure.

Additionally, when checking a racebook’s reputation, players should evaluate whether it has a helpful customer support system and also how it addresses issues when they arise. An ideal racebook should also be licensed to offer betting services within your state or country, of course.

Another thing to check is the type of promotions and bonuses offered by the racebook. An ideal racebook should have plenty of bonuses and promotions to keep players going.

Juice refers to the amount that a player wages. This is an essential factor because it helps determine whether a player can afford the wager and also the amount one will be able to make from the bet. Some bookies will have an impressive minimal stake that low rollers can bet while others will only open their doors for the high rollers.

Usually, many sportsbooks offer a variety of horse racing bet markets. While this is the case, these racebooks tend to pick several events and feature odds for those few events. On the other hand, many of the leading operators tend to have a specific page for races – a racebook. If a bookie has a racebook, then the racebook should be able cover at least 90 percent of events in the competition.

First, it’s unwise for a player to exhaust their bankroll on a single bet – you don’t want to lose everything on one outcome. You can also team up with other punters and discuss the best way to bet. This is especially important if one is wagering on high paying markets such as the pick 3, 4, and 6. Betting on these markets may require more money than one has in their bankroll.

Listening to game analysis before betting is also another useful tip. Usually, Breeders’ Cup run podcasts on their social media. These podcasts feature experts, bettors, analysts, trainers, jockeys, and others who look at every horse and situation surrounding the race. They even examine horses coming from other countries that bettors may not have enough information about.

This information help predict possible winners for various races, or offer some nice value on some of the longshots. Lastly, check the horses that participated last season and find if they are in good form for the upcoming championship. Learn everything about the horses, including their compatibility with the specific track or the horses they’re up against.