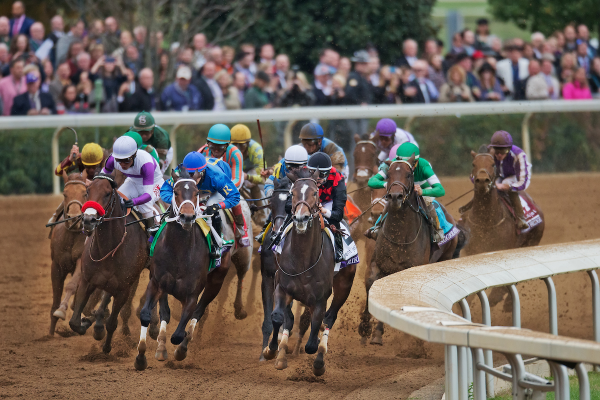 The Breeders’ Cup Classic will have 11 starters who are 3-years-old and older that will run one and one-quarter miles for a total purse of $6 million. The winner will earn around $3.12 million (52% of the purse), per Breeders’ Cup.com. The race entrants either “earned their way” to the event as an automatic qualifier – by winning a Breeders’ Cup qualifier or through a point system – or by being selected by a panel of experts.

Improbable moved up to the top spot in the Breeders’ Cup Classic rankings after winning his second 2020 Breeders’ Cup Challenge Series race — the Awesome Again Stakes — by two lengths over fellow Classic participant Maximum Security on September 11. The son of City Zip is a multi-graded stakes winner and has compiled seven wins and three seconds in 14 career starts. He has also earned wins in the Grade I Whitney Stakes and Hollywood Gold Cup Stakes. Improbable has produced an average Espeed figure of over 116 and victories over other Classic participants Higher Power, By My Standards, and Tom’s d’Etat. Top contender, the safest bet.

Tom’s d’Etat is in the prime of his career, producing nine top-4 finishes including five wins, and he has not registered an Espeed less than 108 since January 2019. Tom’s d’Etat earned an automatic berth to the Classic with a win in the Grade II Stephen Foster, defeating By My Standards by more than four lengths. Overall, the son of Smart Strike has a record of 19-11-2-2 and is ranked No. 2 in Breeders’ Cup Classic rankings. Stay away

Maximum Security has two “big” stakes wins this year by earning trophies in the Saudi Cup and the TVG Pacific Classic – a Breeders Cup Classic qualifier. The 4-year-old colt, who is the fourth-highest earning North America Thoroughbred at over $12.51 million, has 10 wins along with a pair of seconds in 13 career starts. Overall, four of Maximum Security’s victories have been in Grade I events. Top contender

Tiz the Law has been fabulous in his eight career races, compiling a record of 6-1-1 with victories coming in this year’s Belmont Stakes and Run Happy Travers Stakes. He also took second in the Kentucky Derby. The Classic’s No. 4 ranked horse earned 40 Graded Stakes points. Top contender, very good value.

Authentic is ranked fifth in the Classic’s rankings and is the only horse to beat Tiz the Law in 2020, which he did in the Kentucky Derby by more than one length. The 3-year-old son of Into Mischief, who has recorded five wins and two seconds in seven starts, earned the auto berth in this event by winning the TVG Haskell Stakes, though he was upset by Swiss Skydiver in the Preakness Stakes.

The event’s No. 6th-ranked horse has raced very well in “big” events and has finished either first or second in six straight races since finishing 11th in the Kentucky Derby last year. Overall, he has four Grade II victories and owns a 6-4-1 record in 12 starts. Use in exotic bets.

Swiss Skydiver is the lone filly in the event, but she certainly can run with the boys. The 3-year-old daughter of Daredevil claimed two wins in Breeders Cup qualifiers – The Preakness Stakes and the Alabama Stakes – as well as second place finishes in the Grade I Kentucky Oaks and the Toyota Blue Grass Stakes. Swiss Skydiver owns a 6-3-1 record in 11 career starts. Good value for a top 3 finish.

Global Campaign secured his berth in the Breeders Cup Classic by defeating favorite Tacitus by nearly two lengths in the Grade I Woodward Handicap at Saratoga on Sept. 5. That victory was the 4-year-old colt’s second straight in a graded stakes race and third for his career. The event’s eighth-ranked horse has seven “cashes”, including six wins, in nine career starts. Do not consider, except maybe for a top 4 finish.

While Tacitus only has one win in 2020 (Grade II Suburban Classic), the son of Tapit has finished in the top-3 in each of his six Grade I races. Tacitus, ranked No. 9 in the Breeders’ Cup Classic rankings, has a 12-4-4-3 record to go along with earnings of nearly $3 million. Good value for a top 3 finish.

Higher Power seems to “step up” his game when the lights are shining the brightest, compiling one win and four top-3 finishes in seven Grade I Stake races. Overall, Higher Power has produced a 19-5-2-7 record. This is too big a stage though. Do not consider.

Title Ready is the most experienced of the runners, but the 5-year-old Kentucky horse has not experienced a lot of success in Graded Stakes races, picking up one second and two thirds in five Grade III events as well as one second in two Grade II competitions. Do not consider.