Woods Chooses US Team, Including Himself, For Presidents Cup 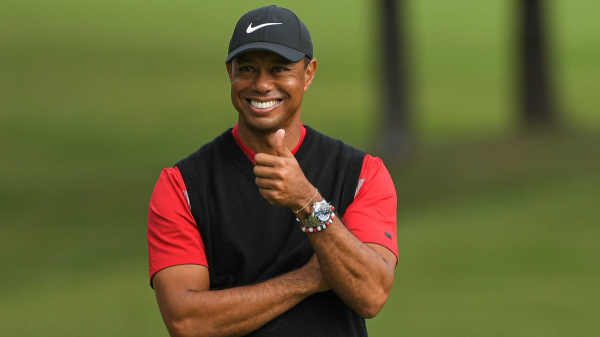 When the Presidents Cup gets underway next month in Australia, Tiger Woods won’t just be a captain of the U.S. team. With one of his four at-large selections, Tiger chose himself for the team set to face off against the International squad.

Perhaps the biggest name left off the list is Rickie Fowler, who finished ahead of Woods in the final Presidents Cup standings at No. 11, but who hasn’t played competitive golf since the Tour Championship.

Phil Mickelson was also not selected for the team. Although his omission was expected, it’s worth noting since this will be the first Presidents Cup or Ryder Cup Lefty has missed since 1994.

At this stage, it’s unclear if Brooks Koepka will take part in the competition, as the top-ranked player in the world recovers from a knee injury. Should the team need a replacement for Koepka, Tiger is likely to choose between Fowler, Kevin Kisner, and Kevin Na.

In addition to Koepka and the four at-large selections, the U.S. Presidents Cup team will be made up of Webb Simpson, Xander Schauffele, Bryson DeChambeau, Patrick Cantlay, Dustin Johnson, Matt Kuchar, and Justin Thomas.

Based on the rankings, the U.S. Presidents Cup team looks far more formidable than its international counterpart.

Why Tiger is a Good Selection

Although Tiger will be the first player-captain in the Presidents Cup since Hale Irwin, who played for the U.S. team in the inaugural Presidents Cup in 1994, the most popular golfer of his generation is a good selection.

While a captain choosing himself to play for a team may not be common, Tiger’s selection of himself makes perfect sense in this instance.

More importantly, Tiger is coming off a recent victory after topping the field at the Zozo Championship. So, a healthy, in-form Tiger Woods would be difficult for anyone to leave off the U.S. team, especially difficult for Tiger himself.

When the competition gets underway at Royal Melbourne Golf Club in Australia, the Americans will be heavily favored to win, with odds of -240. So, a $100 bet would net the winner $41.67.

The International team is sitting on odds of +240 to win the Presidents Cup, and the unlikely scenario that the competition ends in a tie is holding odds of +1200.

Those odds come as no surprise, considering the U.S. team’s lowest-ranked player is Kuchar, while the International team will feature No. 62 C.T. Pan.

However, Royal Melbourne was the site of the International team’s lone victory in the competition in 1998. This will be the third time the Presidents Cup will take place at Royal Melbourne Golf Club.

Outside of the International squad’s victory in 1998 and a tie between the two teams in 2003, the Americans have won every other Presidents Cup.