Woods Barely Slips Past Cutline At The Memorial 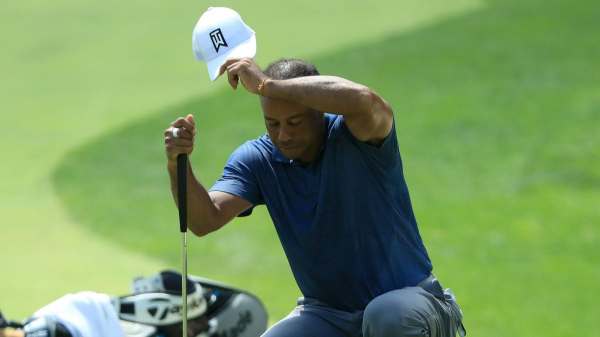 The eyes of the world have been on Muirfield Village Golf Club in Dublin, Ohio, these last two days as Tiger Woods made his return to the PGA Tour. It was very close, but the most legendary golfer was incredibly close to not participating on Saturday and Sunday at the Memorial Tournament.

Luckily, for Woods and the entire PGA community, he finished up Friday with a 4-over 76 to land at +3 – the cutline – for the tournament. Later in the day, the course was scoring much higher, and that allowed Tiger to just slip in. The top 65 golfers advanced with the 11 golfers that were all tied right there on the cutline.

All in all, it wasn’t the best performance for Woods, but he’ll certainly take it.

“Not very good,” Woods said. “I three-putted two holes early, and whatever kind of momentum I was going to create, I stifled that early and fought it the rest of the day.”

Friday’s round was a lot worse than the 1-under that got people so excited on Thursday. However, those feelings of fun quickly turned to worries. Tiger needed birdies on two of the last three holes just to have a chance at making the cut – which actually happened.

Tiger has never missed the cut at the Memorial Tournament – a span that has lasted 18 appearances. Thursday’s round ended up being the saving grace as he closed out the day with a birdie putt.

“Basically, most of my layoffs in my career have been because of surgeries, and so this is a forced layoff for all of us,” Woods said. “This is different than my past layoffs. But this is a new world we’re living in.”

Stamina is certainly something that golfers need to have; it’s not like they’re riding golf carts around like the rest of us. Golfers have to cover a lot of ground on their feet, and Tiger is finding that difficult as he gets older.

“Well, I don’t have the same type of stamina as I used to have, that’s for sure, when I was training hard and running and all that stuff,” Woods said. “Granted, I’m a lot older now, so things change, they evolve. Yeah, so it is what it is. Energy, you try to suck it up as best you can and get through it.”

At the end of the day, it was Ryan Palmer and Tony Finau both tied at 9-under for the lead through two rounds. Jon Rahm is alone in third at 8-under while Gary Woodland, Chez Reavie and Luke List are all tied for fourth at 6-under.

Other notable golfers missing the cut were Dustin Johnson, Hideki Matsuyama, Webb Simpson, Justin Rose, Rickie Fowler, and Bryson DeChambeau. The latter of whom posted a 10 on the 15th hole and wound up missing the cut because of that hole only.

When DeChambeau looks back at that hole, he’ll certainly have nightmares and remember those motions each time he’s out on the golf course.

It has been a very wacky weekend at Muirfield, and if there’s been any narrative this weekend, it’s that anybody can surge ahead or fall apart at a moment’s notice. Hopefully, Woods has enough left in the tank to at least make things interesting.

According to FanDuel Sportsbook, Tiger has massive +42000 odds to win the Memorial Tournament with such a massive deficit.