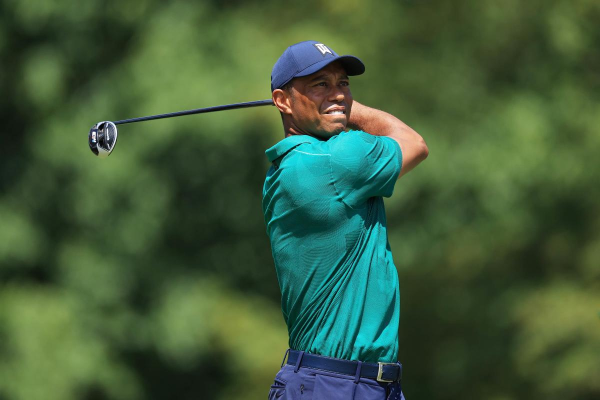 The first major of the year got off to an exciting start on Thursday, as there is no shortage of star power atop the leaderboard. Jason Day and Brendon Todd are tied atop the leaderboard, sitting at 5-under. Some of the world’s best are coming for that spot, though, including Tiger Woods.

Thursday was a surreal day for everyone, considering this was the first major of the coronavirus era with no one in the gallery.

Tiger at the PGA Championship

Woods shot a solid opening round 2-under 68, and a big part of that success was his new putter. It was a new version of a Scotty Cameron putter, which is the one he already uses.

Most of the guys on the Champions Tour have gone to longer putters as they have gotten older because it’s easier not to bend over. And so this putter is just a little bit longer and I’ve been able to spend a little bit more time putting.”

The move to the longer putter helped Woods mask some rather shoddy work off the tee. He only hit seven of the 14 fairways that were available on the day.

Changing putters for Woods is a pretty big deal. 14 of the 15 majors he’s won had come with the Scotty Cameron Newport II putter he used for 11 years until 2010 when he went with a Nike model.

The day, in general, was a good one for Tiger. Since the coronavirus pandemic, Woods hadn’t played too much, only logging an appearance at the Memorial Tournament.

It will be pretty awesome for everyone to watch Tiger again in primetime on the East Coast. His group, which includes McIlroy and Thomas once again, tees off at 4:58 p.m. EST. FanDuel Sportsbook has Woods’ live odds to win the PGA Championship.

According to FanDuel, no one other golfer in this tournament had more bets on them than Woods. We’ll undoubtedly see more wagers coming his way this weekend – if he makes past the cut line.