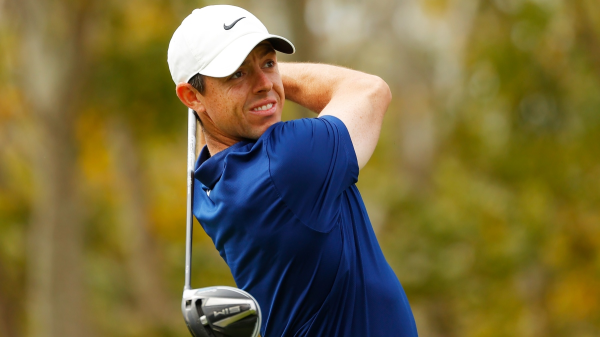 The 2020 Players Championship will be taking place starting Thursday at the TPC Sawgrass in Ponte Vedra Beach, Fla. Rory Mcllroy leads the favorite for betting odds since he is the returning champion and overall number one golfer.

This unique list is one I like to include to compare and contrast each player for the Players Championship betting and how each golfer stands against the rest of the competition.

These golfers have played consistently well enough to make the top 10 in the official world golf ranking list. I like to view this as a starting point for looking at the Players Championship odds.

The top 10 currently are:

* rankings are subject to change

The following 10 golfers have the best odds at winning this event:

Top Five Golfers That Could Win

Rory Mcllroy: Here we have the defending champion, the best golfer in the rankings, and the favorite to win this event. He has five top 10 finishes this year and a victory at the World Golf Championships – HSBC Champions event.

Jon Rahm: Rahm is the second-best golfer in the world rankings and has four top 10 finishes this year. He tied for 12th place at this event last year, but it was only five strokes behind the winner.

Adam Scott: Scott is the 7th best golfer in the world rankings, and has one top 10 finish this year with a victory at the Genesis Invitational. He also tied for 12th place last year at this event.

Dustin Johnson: Johnson came in 5th place at this event last year. The 5th ranked golfer has two top 10 finishes this year, with his best so far tying for 7th at the Sentry Tournament of Champions.

Webb Simpson: Simpson has had a strong year so far with his four top 10 finishes. The 8th best golfer has a victory at the Waste Management Phoenix Open, and his other finishes have been well within the top five. He tied for 16th last year at this event.

Who Wins At Sawgrass?

There are lots of wonderful golfers attending this event, and it will make for a competitive event across the board just like last year. The 2019 event had the final 12 golfers in almost a race to the finish, leaving no room for error.

Also, just like last year, I believe Rory Mcllroy will repeat his title here and add to his resume.

Mcllroy seems to be on a tear, and not too many golfers have been able to keep up with him. Coming off of a very successful 2019 season, his momentum has carried over quite nicely.

He has the confidence and killer mentality to continue to produce at a high level on the golf course.

So far this year, he is ranked first in tee-to-green ratios and ranked third in approach-to-green ratios. This guy knows how to plan each hole and the best possible way to get him there.

He has a scoring average for each round of about 68.205. With these numbers and his high level of consistency, he has the potential to repeat this tournament victory.