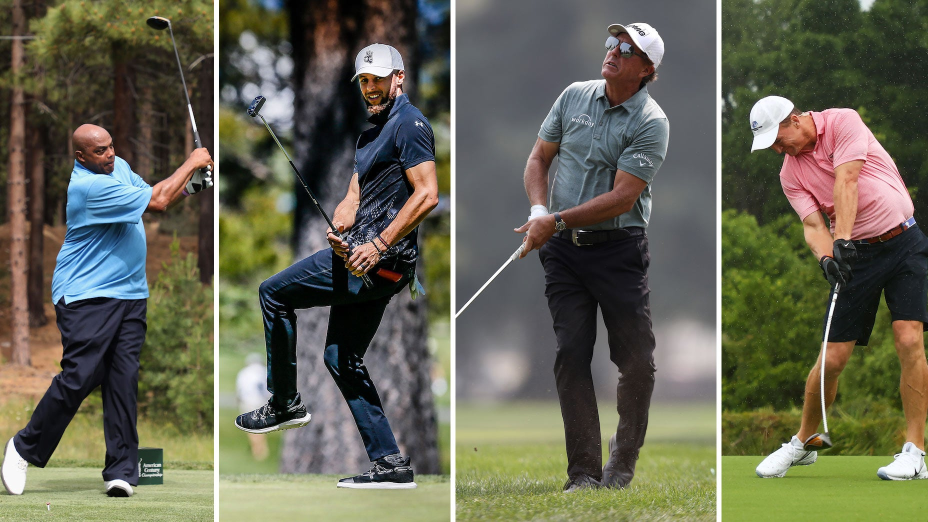 Capital One’s The Match 3: Champions for Change is set to take place this Friday at the Stone Canyon Golf Club in Oro Valley, Arizona. While the first two editions of the event featured Tiger Woods and Phil Mickelson, Mickelson will be the sole professional golfer teeing it up this time around. He’ll play alongside Charles Barkley, Peyton Manning, and Stephen Curry.

The event is set to tee off at 3 pm ET on Friday, November 27th, and will raise money for historically Black colleges and universities while also raising awareness for inclusion, equality, and diversity.

Despite being the only professional golfer competing on Friday, Phil Mickelson finds himself as the +134 underdog on FanDuel. Why? Well, it’s because he’s teamed up with Charles Barkley, who’s famous for having one of the ugliest golf swings that have ever been witnessed on a tee box.

Meanwhile, FanDuel has Steph Curry, and Peyton Manning set as the -174 favorites.

The four all-star athletes will be competing in a modified alternate shot format. All four participants will tee off at each hole, but then they’ll switch balls on the second shot. This means that Phil Mickelson will be playing from Charles Barkley’s tee shot, and vice versa. After everyone’s second shot, each team will play alternate shots until the hole is decided.

We can only imagine what kind of shots Mickelson will be hitting when he has to use Barkley’s tee shot, but it’s going to make for some fantastic entertainment.

Earlier this week, Phil Mickelson went on record, saying “At Stone Canyon, we have Chuck tees. They’re a little bit further up.”

Whether or not Mickelson was joking is yet to be determined, but that could help even things out if they do allow Barkley to take his tee shots a little bit closer to the hole.

What is Each Player’s Handicap?

It’s fair to say that Steph Curry and Peyton Manning are a lot closer in skill level than Mickelson and Barkley. Curry, who has competed as an amateur on the Korn Ferry Tour, is arguably the best active non-golf athlete with a club in his hand. Reports are that he boasts a 0.6 handicap. Two-time Super Bowl-winning Quarterback Peyton Manning is a decent golfer himself, as his handicap is reportedly around 6.4.

Then there’s Barkley. While his official handicap isn’t public, we can get a sense of how bad he is by looking at the American Century Championship leaderboard, a celebrity golf tournament that he has competed in the past several years. In the 2020 edition of the event, he shot rounds of 98, 100, and 104. While that may not seem terrible, it’s important to note that a double bogey is the max score on each hole in the tournament, which means a 108 would’ve been the highest score possible. He only beat double bogey on 17 of the 54 holes. In other words, he’s bad.

Time will tell whether or not he can do enough to secure his team the victory, but one thing can be said for sure, and it’s that The Match: Champions for Change will be must-watch television.