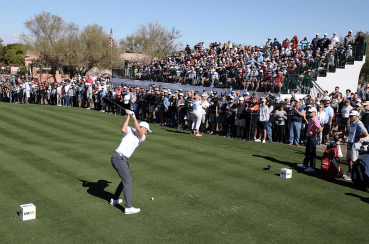 The Pros of the PGA will go from the West Coast to the East Coast as they stop off for their first trip to Florida with the Honda Classic. The Honda Classic is played in beautiful Palm Beach Gardens, Florida at PGA National. The tournament has been played here at PGA National since 2007, so there is plenty of course history that we can pick from.

PGA National was designed back in 1980 by Tom Fazio and then redesigned by the one and only Jack Nicklaus in 1990. When Nicklaus redesigned the course, he wanted it to have one of the toughest three-hole sets on a golf course that PGA pros will play on throughout the year. That 3-hole set became known as the “Bear Trap” and has played as the third-toughest 3 hole set of all the golf courses the PGA uses on tour.

This course is without a doubt one of the tougher courses that the pros will see all year. One of the first things to mention is the greens that they will play on. They have been playing on Poa Annua, and now that will make a complete switch in terms of style of grass with Bermuda Grass. This Bermuda Grass plays different in terms of speed, how hard they will have to hit the ball and the undulation that is present at PGA National.

PGA National measures 7,140 yards and only plays as a Par 70. There are several hazards in play here such as water, bunkers, and trees that line the fairways. The fairways are less of a concern than the greens here so I would put much more weight into golfers that are decent putters than I would those with driving numbers off the tee and fairways hit.

With that being said, let’s take a look at our 6 golfers for this week at the Honda Classic!

Justin Thomas – It’s hard to not like Thomas this week. He has been nothing less than stellar over the past 2 months. He finished in the Top 10 in 4 of the last 5 tournaments and did we mention he won here last year? That is right; he won a playoff last year over Luke List to win the 2018 Honda Classic with a -8 under par. This year, he comes in fresh and eager to get a win as he has been so close. The only problem I see with Thomas is his odds, which are the lowest in the tournament at 5/1!

Adam Scott – Scott is another golfer that is playing really well right now. In two out of his last three tournaments, he has finished in the Top 7 which includes a 2nd place finish at the Farmers Insurance Open. It is a little concerning on how he will play here on these greens but he was putting well enough on the California courses that permitting he adjusts to these new greens, he should do really well. Scott won here back in 2016, so we know he knows how to approach these greens and I think another win could be in the future for Scott.

Luke List – Luke List played really good here last year and nearly snagged the win, losing in the playoff to Justin Thomas. He also has a 10th place finish here 3 years back in 2016. He isn’t in good form right now BUT let’s not forget that these are a totally different style of greens than the West Coast. At 40/1, he brings us a great value and the proven ability to win the tournament!

Alex Noren – Noren hasn’t really played well lately and has sort of flown under the radar. Noren finished in 3rd place last year here at PGA National, right after playing like crap the prior 3 tournaments. We can throw out these first three tournaments of 2019 and chalk them up to being a type of greens that Noren just doesn’t play well on.

Kiradech Aphibarnrat – Aphibarnrat is really putting well right now and showed that last week, with his 3rd place finish at the WGC-Mexico Championship. With his putter being as hot as it is right now, it’s impossible not to consider him here on these slick greens. This is only his second time playing on PGA National, and I think he can compete here on Sunday for the win!

Talor Gooch – One thing that stands out about PGA National is the winners have routinely had very strong Sand Save % numbers. That fits the mold for Talor Gooch. He has really good numbers with Sand Save % and is able to recover as good as anyone in the tournament. Gooch is 100/1 at most books, but there is a small group where you can find him at 150/1. At those numbers, he is the best value in the tournament, and if he plays anywhere close to as good as he did at Farmers Insurance Open and the Desert Classic, where he finished 3rd and 4th, then he is without a doubt able to compete for the win here in Florida.