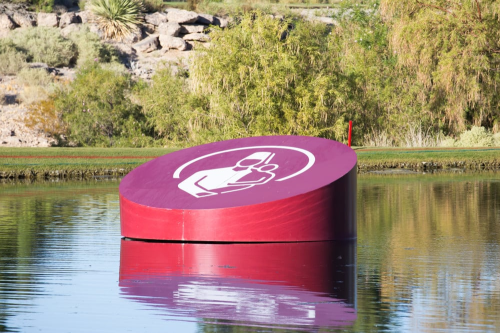 The PGA Tour begins their ramp-up to next month’s Masters tournament with this week’s Shriners Hospitals for Kids Open. With most of the top golfers on Tour taking a few weeks off after the US Open, a few big names will be returning to action this week including Bryson DeChambeau, Patrick Cantlay, Rickie Fowler, and Collin Morikawa. Dechambeau, who is coming off his first Major win of his career at last month’s US Open, is set as the +800 betting favorite at FanDuel.

The event is being held at TPC Summerlin in Las Vegas, Nevada. It’s wildly known as one of the easier and more forgiving tracks on Tour. It’s a par 71 measuring at slightly over 7,200 yards but it won’t present much of a challenge for many of the top golfers competing this weekend.

With wide fairways and even wider greens, the Shiners Hospitals for Children Open is usually a birdie-fest. Kevin Na and Patrick Cantlay were tied at -23 last year before heading into a playoff which Na ended up winning for his second career win at the event.

As far as PGA betting previews go, handicapping easier courses can actually be more difficult as there’s no defining characteristics or key stats that you can focus on when trying to pick a winner. Both long hitters and short but more accurate hitters will find success at this Las Vegas based course, which usually means it’s going to come down to whoever has the hottest putter on Saturday and Sunday. Take a look at Strokes Gained: Putting and Strokes Gained: Approach The Green in recent events to get a feel for which athletes should thrive this weekend.

The other factor that you should take note of when deciding who to place your money on is past success.

Previous Winners of the Shriners Hospitals for Children Open

When making your PGA Tour picks, especially in tournaments that will see the winner shoot around 20-under par, it’s always important to look at past iterations of the event to find who performed well. Some players have played certain courses more than others, some fit the style of play of specific golfers, or some times a golfer may just feel an extra level of confidence at a given track.

There are three golfers that come to mind when speaking of past success as the Shriners Hospitals for Children Open. One is the aforementioned Kevin Na, who won the event back in 2011 and then again last year in a playoff against Patrick Cantlay. Speaking of Cantlay, he’s another one who seems to find consistent success at TPC Summerlin. He won the event in 2017, finished in 2nd place in 2018, and then another 2nd place finish last year after losing in the playoff to Na. Finally, the current US Open winner and betting favorite Bryson DeChambeau is also a previous winner of the event. He won in 2018, narrowly beating out Patrick Cantlay, and then finished T4 last year. It will be very interesting to see how the new and improved DeChambeau can gouge the course with the eye-popping distance he can get off the tee.

While it may be tempting to bet on Bryson DeChambeau in his first tournament since winning the US Open, it’s tough to justify betting on a golfer at +800 odds in a field of 144 athletes. I would also stay away from Patrick Cantlay, who despite having previous success at this event, hasn’t been able to return to form since the PGA Tour picked back up after the break caused by COVID-19.

My best bet for the Shriners Hospital for Children Open is Webb Simpson at +1600. Many people forget that Webb actually won this event back in 2013. Despite not winning it for a second time in recent years, he’s still found himself close to the top of the leaderboard. He finished T20 here in 2017 and then followed it up with a T15 and T7 finish in the last two years which means he’s trending in the right direction to pick up another win in Las Vegas. He was also 13th and 6th in SG: Putting and SG: Approach the Green respectively in the 2020 PGA Tour season which means his strengths fit this course to perfection. At +1600, Webb Simpson checks a lot of boxes to pick up his second win at the event. He’s my best bet to win the 2020 Shriners Hospitals for Children Open.