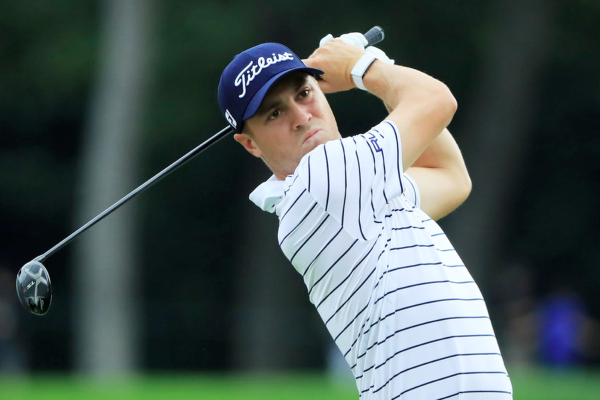 In the CJ Cup, Jason Kokrak came away with the surprising victory. And another week means we have another PGA betting preview to deliver and help you win. More exciting golf promises to be in store, so without further ado, here comes a ZoZo Championship betting preview.

For the second tournament in a row, Jon Rahm has the best odds to win coming in. He’s a +1000 favorite, fresh off a disappointing finish last week. Rahm finished 17th place, marking the second time in a row he failed to crack the top 15 in 2020.

This is not the type of year he envisioned for himself. His last win came at the Zurich Classic of New Orleans last year.

Next, at +1100, is Xander Schauffele. He just missed winning at the CJ Cup, finishing in second place.

Having also finished in fifth place at the US Open, he’s here to make some serious noise this year. There is no golfer with two better finishes on than year than Schauffele has amassed. He’s got to continue to stay on his game, as good things will likely continue to fall his way.

Rory McIlroy and Justin Thomas are next, each with +1200 odds to come away with a win here. With will be popular PGA picks for all bettors taking part in wagering on this week’s event.

McIlroy couldn’t crack the top-20, finishing 21st at the CJ Cup. This came on the heels of a solid eighth-place finish at the US Open.

And for Justin Thomas, he’s still looking for his first win since the 2019 BMW Championship. All he did in 2017 and 2018 was win, with many first-place finishes to brag about.

Having finished eighth and twelfth respectively in his two events this year, he’s right up there. A few more lucky breaks and Thomas at +1200 could be the winning bet for the ZoZo Championship.

The best thing about betting on PGA Tour events is that you never know what will happen. An underdog can easily come out on top. Tyrell Hatton at +2000 is a pick to consider.

He finished tied for third at the CJ Cup, following his failure to even make the cut at the US Open. It’s been a long time since he had a first-place finish, but you never know.

Jason Kokrak claimed the first victory of his career at the CJ Cup and has got to be feeling good coming into this week’s event. His odds are set at a meager +4000 but never doubt a player riding momentum. The native of Ontario looks to make it two victories in a row.

Bubba Watson is no young man, now 41 years of age. His +2500 odds don’t exactly make him a popular pick.

But coming off a seventh-place finish at the CJ Cup, he’s also got some positive momentum. He hasn’t claimed any victories on the PGA Tour since 2018, but given his longshot odds, he could net some lucky bettors a lot of money.

Pick to Win It

It’s never easy to pick a winner, but here we go. The pick here is Justin Thomas at +1200. Having had two strong finishes this year, he’s been playing some fantastic golf. He’s going to get off to a hot start and have the lead by the end of the first day.

That positive beginning for him will help him ride it out and hold on for a victory. So with that, here’ an early congratulations to the ZoZo Championship winner, Justin Thomas.