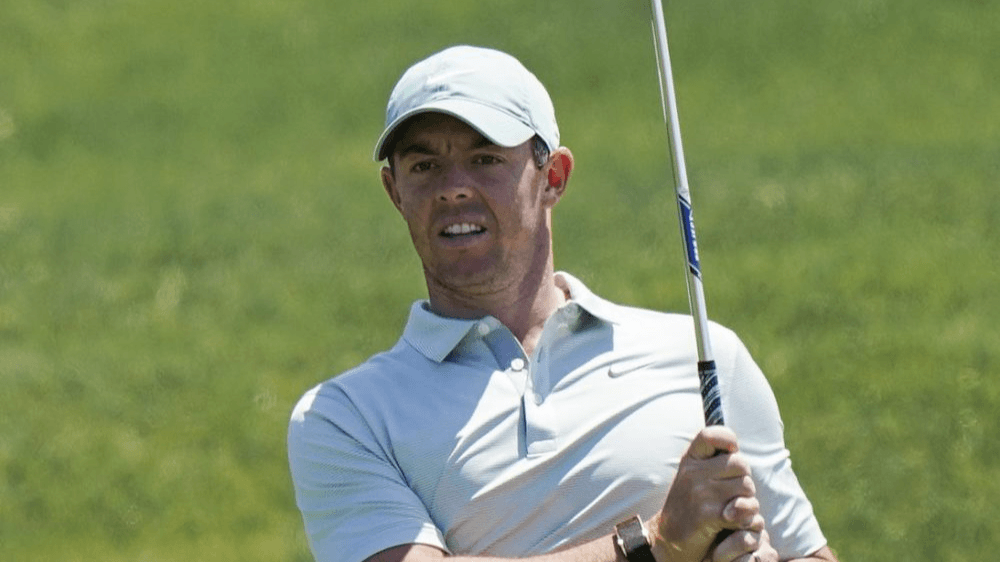 McIlroy is now the favorite among most sportsbooks to win the season’s second major, the PGA Championship, which begins on Thursday in South Carolina.

At such a low price, though, McIlroy (consensus of about 11-1) is not necessarily worth investing much capital, and the sports gamblers are busy seeking a value bet.

As far as other golfers on a roll right now, Jordan Spieth and Justin Thomas rate as leaders on the win-probability list, too.

At Caesars Sportsbook by William Hill, Jon Rahm is 14-1, followed by Spieth and Thomas, each at 16-1.

A couple of players who draw attention wherever and whenever they play, Dustin Johnson and Bryson DeChambeau, were listed at 18-1.

When the markets opened, Thomas was right alongside McIlroy.

But questions about Thomas’ current form led to McIlroy being bet into the favorite position.

And McIlroy holds the distinction of having won the last time Kiawah Island hosted the PGA Championship in 2012 – by a decisive 8 shots.

His fans want to believe that he’s found the answer, pointing to McIlroy’s most recent competition result: a first-place finish at the Wells Fargo Championship on May 9.

McIlroy played down any impact from his 2012 title in comments this week.

“It's nine years ago,” McIlroy said. “It seems longer. It seems like there's been a lot of time that's passed, and I feel like I'm a different person and a different player.”

As for Spieth, listed last month at 30-1 or higher to win the PGA Championship, he’s dialed up his efficiency and is not being overlooked.

Spieth is on a roll, with seven top-10 in his past nine starts.

William Hill director of trading Nick Bogdanovich reported potential trouble for the books, with so much action on Spieth at higher prices that he expects significant liability on Spieth.

"We'll lose with Spieth, regardless," Bogdanovich said in a company release.

Spieth has a nice track record (the Masters, the U.S. Open and the British Open), and a win in the PGA Championship would make Spieth the sixth golfer to win the modern Grand Slam.

While Spieth is the bookmakers’ primary concern, American Sam Burns is sizzling, too, after being a relative long shot on the PGA Championship odds board to begin this month.

Burns won the Valspar Championship, locking down his first PGA Tour title May 2, and staying hot by finishing runner-up last week at the Byron Nelson Classic.

After the Valspar win, Burns recalled his childhood ambition.

“You’re like, ‘I have this putt to win whatever tournament,’” he said. “I can just remember hitting that putt so many times and you just hope and practice so hard to have that opportunity.

“And it was just, man, after I had the bunker shot on 18, I just got kind of choked up thinking about that moment and thinking about you wanted to have that opportunity so bad for so long and now you do. So, it was really special for me.”

Another chance awaits, beginning Thursday, and Burns would find a major title special, too.

Certainly more so than many bookmakers.