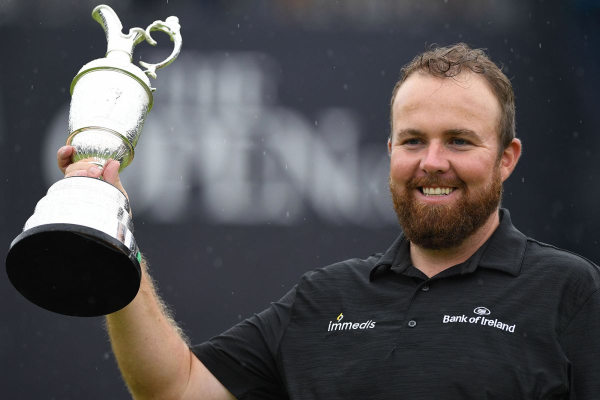 The Open Championship is always a special tournament for the sport of golf, but it felt more like a dream for 32-year-old Irishman Shane Lowry, who won by six strokes in the first Open Championship in Northern Ireland in 68 years.

Although he faced heavy wind and rain, not a single player came within two shots of Lowry on the final day of the tournament. With a 15-under 269, Lowry became the first champion since 1996 to finish with a score over par in the final round, but Lowry won’t mind, especially considering no one from the last 12 groups was able to best the weather and break par.

At Royal Portrush, Lowry was able to outlast the likes of Tommy Fleetwood (who finished second), Tony Finau (third), and Brooks Koepka (tied for fourth), who was searching for an incredible fourth victory in the last seven majors.

Alongside immense support from the fans in attendance, Lowry had to duel with both nasty conditions and incredible pressure. “I didn’t feel great out there,” Lowry said after his first victory in a major. “It was probably the most uncomfortable I’ve ever felt on a golf course. You’re out there trying to win an Open in your home country, and it’s just incredibly difficult.”

Yet in the end, Lowry was able to rise above his competition and defy the odds.

Lowry may have finished first, but he certainly didn’t have the best odds. In fact, 22 players entered the competition with better odds to win the tournament, including the +850 odds of another Irishman, Rory McIlroy. Although perceived to be the best golfer who would benefit from the sort of home-course advantage, McIlroy missed the cut by one shot Friday.

McIlroy was the Open’s favorite, but Koepka wasn’t far behind. As we touched on, Koepka came into the tournament on an incredible run of majors. Not to mention his second-place finishes, Koepka won both the US Open and PGA Championship in 2018 and the PGA Championship again earlier this year. That record earned Koepka +950 odds, which placed he and McIlroy well ahead of the pack; Dustin Johnson, Jon Rahm, and Tiger Woods followed closest behind, all with +1600 odds.

To find Lowry on the list of Open Championship favorites, you’d have to travel all the way down beyond the likes of Adam Scott (+2800), Hideki Matsuyama (+3300), and Matt Wallace (+5000). In the company of Webb Simpson, Rafael Cabrera Bello, and others is where you’d find Lowry in the group of golfers with +6600 odds.

Sure, that’s better than Phil Mickelson’s +10000 odds, but it’s fair to say that very few were picking Lowry to claim the Claret Jug, especially by the margin he did. Those 66/1 odds quickly changed as the competition progressed, and Lowry entered the final day of the tournament as the clear favorite with 4/7 odds on the back of his four-shot lead after 54 holes.

And against the field, Lowry was a -175 favorite! While the odds clearly tightened as Lowry built his lead, bettors who took a flyer on the Irishman before the competition were rewarded heavily. Some bettors even managed to find better odds than 66/1.

One bettor placed a $150 wager on Lowry at 105/1 odds and walked away with a whopping $15,750! Therein lies the beauty of betting on golf; when a long shot pays off, it can pay off huge. Keep that in mind when we enter next year’s major tournaments, as first-time winners in Lowry and Gary Woodland (US Open) have managed victories in the last two straight.