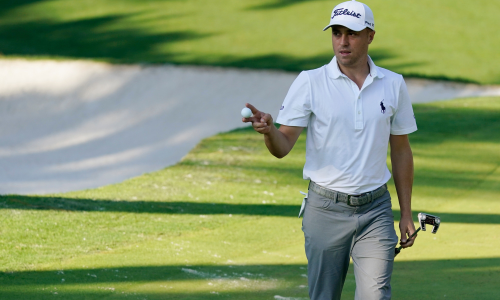 The PGA Tour heads south of the border to El Camaleon Golf Club in Playa del Carmen, Mexico for the Mayakoba Golf Classic. Despite the event usually sporting a relatively weak field, it’s boasting a few of the top golfers on Tour this year, including Justin Thomas and Brooks Koepka.

Speaking of Justin Thomas and Brooks Koepka, they find themselves on top of the odds board at FanDuel at +600 and +1200 respectively. Here are the ten golfers with the best odds heading into the event:

Driving accuracy has been proven in past years to be important at El Camaleon Golf Club. While distance won’t be a fundamental ingredient to winning due to the course only measuring at slightly over 6,900 yards, there are several holes where an errant tee shot could result in severe trouble. Let’s make sure we bet on golfers who are able to keep it in the fairway off the tee.

Approach play seems to be the biggest factor in finishing high up on the leaderboard at the Mayakoba Golf Classic year in and year out. One of the main reasons why is because the greens at El Camaleon Golf Club are quite small. They’re well below average size on the PGA Tour, so being dialed in with their irons will be key to victory. Greens in regulation and strokes gained: approach the green will be great indicators for who should succeed with their approach game this week.

This event has historically been a low scoring affair with the last four winners posting a final scoring of -19 or lower. This means that limiting bogeys, while maximizing birdies will be extremely important throughout the tournament. Taking a peak at the birdie/bogey ratio statistic will give you an idea of who should shoot low this week.

Finally, looking at strokes gained: putting is an absolute must. If you ignore how golfers are with a flat stick, you’re ignoring half of the game. While the greens aren’t the most difficult on Tour, we need to bet on someone who is at least competent with a putter in their hands.

While the Mexican golfer may not be as accurate with an iron in his hand as he was last season, he has proved he can compete at this track, as he finished T8 at the event last year. His biggest strength this season is driving accuracy, in which he ranks 25th on Tour.

It may be the perfect time to take a shot on Ancer, as he’s coming off an impressive performance at the Masters where he finished T13.

Speaking of golfers who have done well at the Mayakoba Golf Classic in recent years, Emiliano Grillo has finished in the top 15 in three straight years from 2016-2018. He’s also well known as one of the best iron players on Tour ranking 6th in greens in regulation and 18th in strokes gained: approach the green.

If you’re looking for a long-shot bet, Brian Stuard might be your guy. He ranks 28th in driving accuracy and 37th in strokes gained: approach the green. He’s also proven he knows how to play the course as he has a top 10 finish at the event in 2018 and a T23 finish here last year.