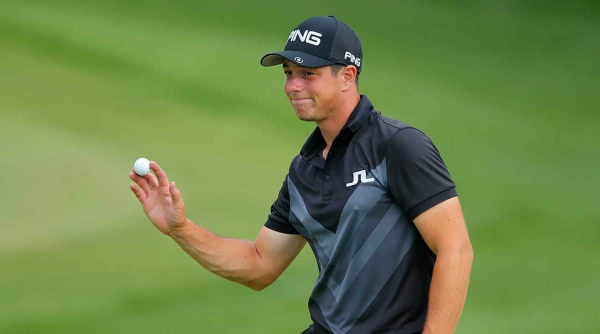 The 2019 John Deere Classic is set to begin on Thursday from the Quad Cities area. TPC Deere Run in Silvis, Ill., will once again be the host course for this exciting event that is traditionally won with an incredibly low score. Most of the big names are taking this weekend off as they prepare for the Open Championship, but that leaves the door open for some rising stars to be atop the leaderboard.

This is one of the few courses on the PGA Tour that doesn’t give a huge advantage to big hitters, and it levels the playing field quite a bit. Let’s take a look at the current odds to win the John Deere Classic and highlight a few of the golfers teeing it up this weekend.

Viktor Hovland 18/1: Hovland will be making just his fourth career professional start this weekend but has already put together a terrific resume. The former Oklahoma State product was the 2018 US Amateur champion and finished in a tie for 12th place at this year’s US Open. Oddsmakers clearly feel that Hovland is an up-and-coming star on the PGA Tour, and this is a good chance for him to prove it.

Collin Morikawa 20/1: Morikawa just put up a score of 20-under par last weekend at the 3M Open to earn the first top-10 finish of his career. He is another young golfer who is trying to make a name for himself, and this tournament could be a great opportunity for him.

Sungjae Im 20/1: Sungjae Im just won’t take any weekends off, and he is determined to get a win under his belt. He has been in contention a few times and should do the same this weekend.

Kevin Streelman 25/1: Streelman is another familiar name to casual golf fans, but he just hasn’t been able to elevate his game enough to hang with the world’s best. A tournament without the top players in the game might be just what Streelman needs to get back on top.

Charles Howell III 25/1: Charles Howell III is one name to keep an eye on this weekend as he always seems to play well at this golf course. Howell hasn’t been playing his best golf of late but will likely be a factor at TPC Deere Run.

Zach Johnson 25/1: Zach Johnson was once considered one of the up-and-coming stars on the PGA Tour, but now he is largely forgotten. Johnson has won this event in the past and put up a score of 20-under par in 2012 to get the job done.

Sam Burns 40/1: Burns has been dealing with a back injury throughout the season, and it has really been holding him back. He has started to play much better in recent events and will likely be in contention at a tournament soon.

Everyone Else 60/1 or Higher: Someone from this group could easily sneak up and win the tournament this weekend, but it would be a complete shock.