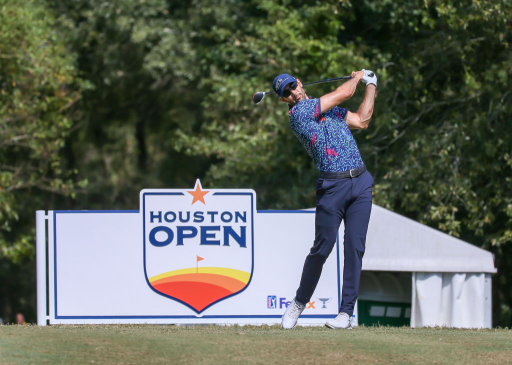 The PGA Tour heads to Houston for the final tournament before the long-awaited Masters next week. With this event being used as a warm-up for many of the top golfers in the world, it’s set to be a strong field competing at Memorial Park Golf Course.

Dustin Johnson claims the top spot on the odds board at FanDuel at +750. This will only be his second start of the 2021 season after being crowned the FedEx Cup Champion at the conclusion of the 2020 campaign. He finished T6 at the US Open in September and will look to round back into form in Houston this week before heading off to Augusta National.

Golf bettors are heading into yet another event blind, which seems to be a trend these past couple of months. The last time a PGA Tour event was held at Memorial Park Golf Course was 1963 and several major renovations have taken place since then which means we have no previous stats to base our handicapping on. The best we can do is handicap based on the little that we do know.

The major thing that sticks out when looking at this track is that it’s not your typical par 72. Much like the Sherwood Country Club, which hosted the Zozo Championship a couple weeks ago, Memorial Park Golf Course is a par 72 with five par 3s and five par 5s. One more of each than what you’d see in a normal par 72 course. This means we should take a look at par 3 and par 5 scoring.

That brings us to the two strokes-gained stat’s that I’ve included in the list. Much like many other municipal golf courses, good iron play seems to be key but getting on the green in regulation isn’t quite enough. Someone who ranks high in strokes-gained: approach-the-green should be able to set themselves up for good birdie opportunities.

Finally, strokes gained: putting will be huge this week. As is tradition in the Houston Open, they’ll have the greens rolling as fast as possible this week to give golfers a good warmup ahead of the treacherous putting surfaces at Augusta National.

Henley, the winner of the 2017 Houston Open, looks to be in a great spot to win the event for the second time. His 2021 season has gotten off to a hot start with two top 5 finishes in three starts. He finished tied for third at the CJ Cup and then tied for 4th at the Zozo Championship a couple of weeks ago. He also ranks in the top 10 in par 3 scoring, par 4 scoring, and strokes gained: approach-the-green. With him surprisingly not being in the field for next week’s Masters, he can leave it all on the table this week.

Gooch is still searching for his first win on Tour, but he hasn’t been far off. He finished in 5th place at the CJ Cup in mid-October and followed it up with a T35 at the Zozo championship. He is also 19th in ball striking, T40 in Par 4 scoring. I think he has great value at +6500 to grab his first win this week.

If you’re looking for a dark horse for this weekend, look no further than Cameron Tringale. Despite missing the cut last week at the Bermuda Championship, he has a top 20 finish this season at the Shriners Hospitals for Children Open. He also ranks 31st in ball striking and 8th in strokes gained: putting so far this season which are two of the most important stats for the Houston Open.