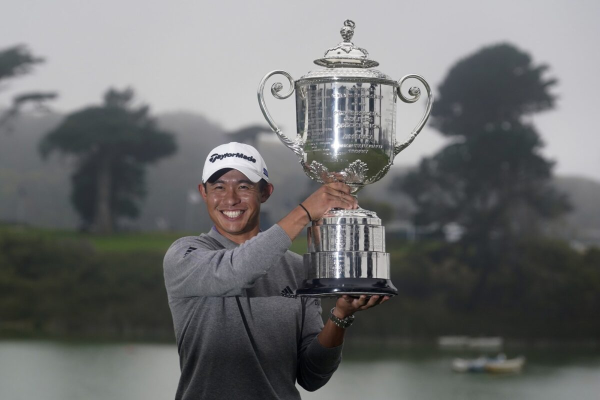 Sunday’s conclusion of the PGA Championship was undoubtedly one to remember. Some of the most successful golfers in the world saw their name atop the leaderboard coming down the stretch. IN the end, one man reigned supreme.

At the 16th tee, though, is when 23-year-old Collin Morikawa came up with the biggest shot of his career, propelling him to the top of the leaderboard to win the PGA Championship.

Morikawa would take his driver on the Par-4, 294-yard hole and place the shot seven feet away for an eagle putt. During the practice rounds, he said that he wouldn’t be tempted to go for the green. However, after a chance chip-in for birdie to break a seven-way tie for second place, Morikawa was tied with Paul Casey atop the leaderboard and decided that he would go for it and let the chips fall as they may.

The weekend’s event was the first major played without fans in the coronavirus era in which we’re all living. Of course, the thrill of having the fans wasn’t there, making it very unfortunate for Morikawa. After all, this was the most significant moment of his young PGA career.

The tournament was played at Harding Park in San Francisco – a place with a rich tradition and plenty of good stories behind it. It is a public course that everyone has the opportunity to play on. Morikawa played here back in his collegiate days but never saw it like it was for the PGA Championship, with thicker roughs and the tees being back.

In just a short time, Morikawa has made a name for himself. He now has three PGA Tour victories and a No. 5 ranking in the world, beating talented players to get there.

Dustin Johnson held the lead going into Sunday but couldn’t hit the fairway with regularity (7-for-14) or capitalize on birdie putts for scoring opportunities. He would go on to birdie on the 16th and 18th holes, but it would be too little too late because of Morikawa’s heroics. For Johnson, it was his fifth runner-up finish at a major.

Brooks Koepka drew some criticism from saying Johnson “only won one,” in terms of majors. All of that talk proved to be just that – talk. Koepka had one of his worst rounds, shooting a 74 on Sunday after being only two shots back at the start of the day.

Next up for the PGA Tour is a trip to Sedgefield Country Club in Greensboro, North Carolina for the Wyndham Championship. According to FanDuel Sportsbook, Webb Simpson is the favorite at +900 to win outright.