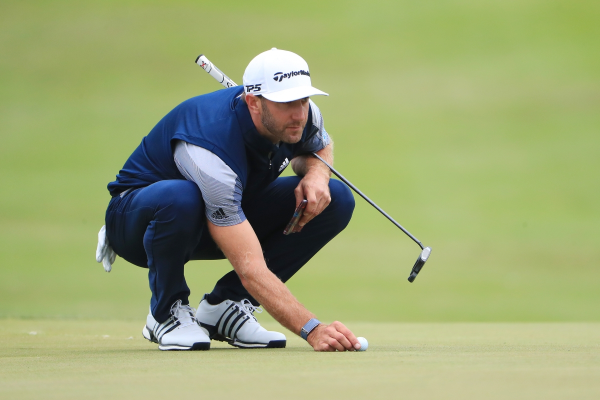 The 2020 PGA Tour rolls on, with the next event being the CJ Cup, taking place at Shadow Creek this year. The first three years the event took place, it was held in South Korea. Due to the circumstances surrounding this year, it’s being held in Vegas.

You’d have to go back to 2014 to find a fall in which we didn’t see a first-place finish from Justin Thomas. Though we have yet to see one from him this year, Thomas is ready to go. His chances of winning are set at +1200, giving bettors an opportunity to cash in if he can come away with the win.

Thomas is no stranger to success in this event. When making your CJ Cup picks, Thomas should be right up there when the final decision is made.

He has earned wins here in two of the three previous years that the CJ Cup was held. He won it in 2017, and then again in 2019. Playing it on a new course shouldn’t do too much to derail him.

Thomas is a hot commodity here, and his stock should be treated as such. If you’re planning to wager after the first day of the tournament, it will only be harder to make bank off choosing Thomas. Be wise about it.

The Favorites to Win

Making PGA picks is never easy. With so many talented golfers taking the course in each event, the field is always wide open. That will not be any different with this CJ Cup event, but nevertheless, bets need to be placed.

Dustin Johnson is favored to win, with odds set at +1000. In the one year that Justin Thomas didn’t win the CJ Cup, we saw Brooks Koepka come away with the trophy. So if Johnson wants to end up as the winner here, he’ll need to dig a little deeper.

It’s hard to ever pick against Johnson, especially given that he has the best odds to come away victorious. He’ll be leaving it all out on the green this week. It’ll be exciting to see him back out there with another chance to come away with a win.

Next is Rory McIlroy with +1100 odds. He’s come away with one win in 2020, which was a first-place finish at the World Golf Championships. He has seven other finishes inside the top 10 and has netted over $4 million in earnings.

Like Johnson, McIlroy is always a safe bet when you’re looking at something secure. The 31-year-old will hope to snatch the title away from his close competition.

And at +1200, tied with Justin Thomas, is Jon Rahm. He is coming off a poor finish at the US Open, where he tied for 23rd place. A huge bounce back will be needed if he wants to end up with a victory.

Several under-the-radar players have a shot at coming away with the CJ Cup title, here. Tyrell Hatton at +2000 would make for an intriguing bet.

He came away with a win in the last European Tour event that he took part in. He also has five top 10 finishes this year.

Koepka is returning to the green for the first time in two months. And as a result of that, the 2018 CJ Cup champ is a +2700 underdog.

If he does manage to scrounge a win, it’ll net anybody who believed in him some big dollar signs. It’s tough to jump into an event like this after injury troubles kept him out, but look for Koepka as a sleeper pick.