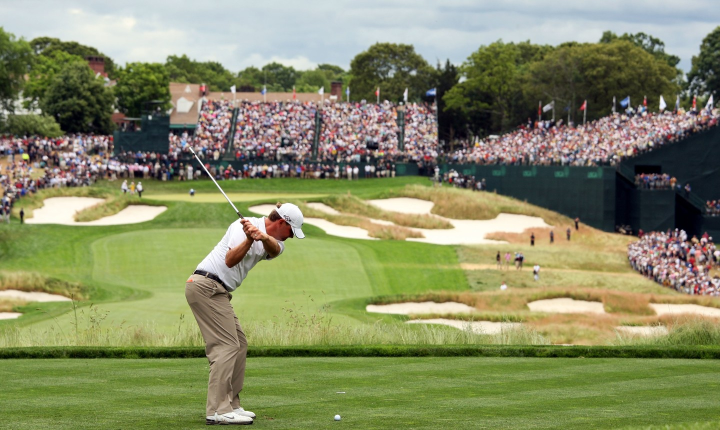 The PGA Tour’s revised schedule (due to the ongoing COVID-19 pandemic) brings us the 2020 United States Open in September. Traditionally, this event is held much earlier in the year. Golf fans, we are being treated to a major championship much later in the year. I could not be happier! I am quite sure the majority of golf fans out there agree with me.

As always, course history is valuable when assessing player selections for any major championship. However, due to the fact that Winged Foot has not hosted a major tournament since 2006 I relied heavily on the current form of the players that are currently scheduled to be in the field at the 2020 United States Open.

Now for the fun part! Let’s get into my player selections for this year’s 2020 United States Open!

The 2016 United States Open champion has been playing some outstanding golf this season. As of this writing, Johnson has five top ten finishes on the PGA Tour this season, including two wins (2020 Travelers Championship, 2020 Northern Trust). It should also be mentioned that Johnson finished second at the 2020 PGA Championship earlier this month.

The 35 year old American has played 13 events on the PGA Tour this season. In those 13 events played, Simpson has an impressive eight top ten finishes, including two wins (2020 Waste Management Phoenix Open, 2020 RBC Heritage). Additionally, Simpson checks the box for me when it comes to key player statistics. Webb is currently ranked eighth in GIR (greens in regulation-71.64%), second in birdie average (4.73), and first in scoring average (68.866) on the PGA Tour.

The 27 year old American has seven top ten finishes on the PGA Tour this season, including a win at the 2020 Charles Schwab Challenge in June. Since the re-start of the PGA Tour season in June, Berger has been playing unbelievable golf. After his win at the Charles Schwab Challenge, Berger went on to obtain three top three finishes, including a second place result at the WGC-FedEx St. Jude Invitational earlier this month.