Floyd Mayweather Opens as Favorite to Beat Logan Paul in 2021 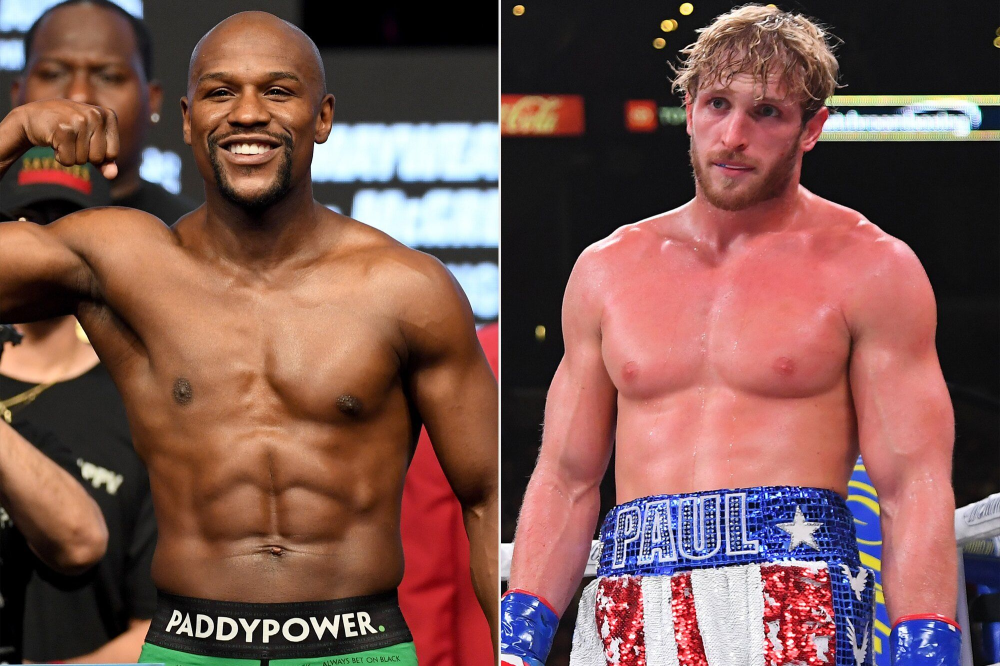 Floyd Money Mayweather is set to fight Logan Paul in 2021, and while some might feel this is nothing short of a fever dream, a lot of oddsmakers have already gotten in on the action. In fact, they currently list Mayweather as the –5000 favorite to defeat Logan Paul, who stands at +1500 odds. It’s a long shot to say the least, and some Mayweather fans are banking on an early knockout.

Sportsbooks are also taking part in a variety of prop bets for the upcoming fight, which include, whether Logan Paul will be knocked down, who will draw blood first, and will the fight go the entire distance? Going into those prop bets further, Paul is favored at –450 to bleed first while Mayweather sits with +275. The other two prop bets don’t look very promising either, but what else can you expect from such a lopsided matchup on paper?

The event will take place February 20th on pay per view, and offers a variety of purchasing options based on when they place their order. The announcement for the match was made on Floyd Mayweather’s Instagram page, which billed his fight with Paul a super exhibition. No other details have been released on the fight as of yet, but the internet is already rushing to their keyboards to weigh in.

How did we get here though? Why is a former boxing champion with nothing left to prove taking on a Youtuber that has only fought twice? Believe it or not, Logan Paul’s YouTube channel has over 20 million subscribers, and earns 11,688 every minute on YouTube. If nothing else, he is kind of a big deal, and has access to a wide audience.

Not only will that massive audience attract a great deal of advertisers, but it will also open viewers to the sport of boxing. Whether boxing purists want to admit it or not, that’s good for the sport, and will do a lot to help build its future. It’s also a chance for boxing fans to see another Floyd Mayweather fight before he heads back into retirement.

“You know, it doesn’t bother me,” Jake Pau confidently told the daily beast when asked about the fight with the boxing legend “At the end of the day, he’s like 5-foot-4, so he’s actually the little kid here, and obviously he just wants attention. He’s fifty-something years old. He should be in retirement. So he just wants to get relevancy by talking about the YouTube kids, because we’re the ones popping off right now.”

Mayweather versus Paul will be must see television

As if that wasn’t enough to drum up interest for the fight, there’s also the fact that most of YouTube wants to see Logan Paul get knocked out. Now, that’s not to say Logan Paul doesn’t have millions of supporters, its just that they are eclipsed by the amount of people that want to see his butt get kicked. That might even be one of the reasons why people end up gambling on this fight.

If nothing else, this publicity stunt of an exhibition match is proof that people will gamble on anything, and that’s great news for sportsbooks. Who knows, Mayweather versus Paul might be the start of something big. Something that opens the flood gates to similar events that allow gamblers to place a wager. This could literally be the future of sportsbook gambling as we know it.

Check for updated odds via FanDuel.

After extending their hot and San Diego’s cold streak, the Seattle Mariners will be looking to leave Petco Park with a two-game sweep as they take on the Padres this afternoon. Yesterday, the Mariners pounded out a dozen hits and plated eight runs, and Chris Flexen pitched 6.2 shutout innings to collect his third straight END_OF_DOCUMENT_TOKEN_TO_BE_REPLACED