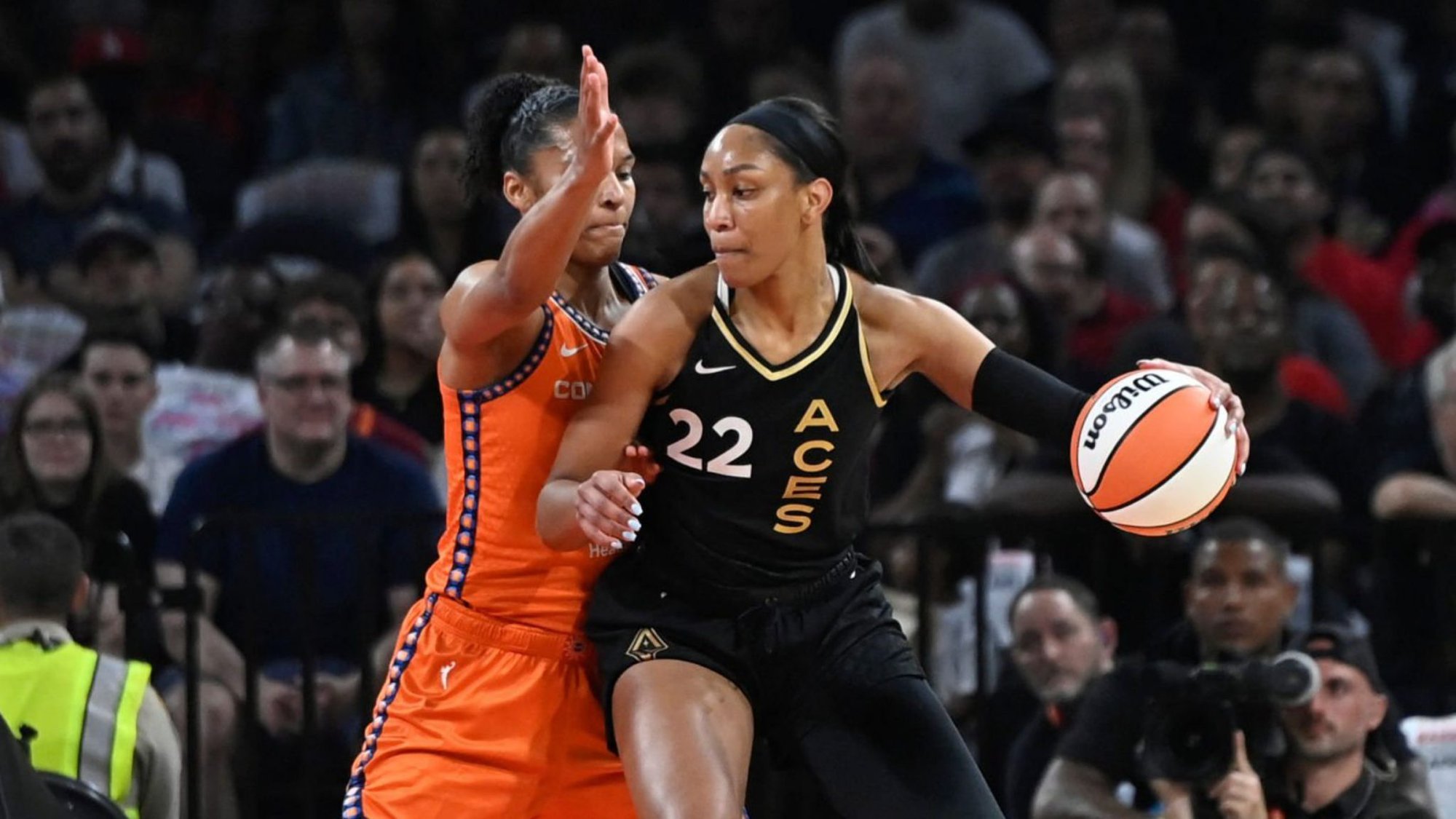 The Las Vegas Aces are one win away from winning their first WNBA title. Will that win come tonight as they bid for a WNBA Finals clean sweep of the Connecticut Sun? Or will the Sun be buoyed by the home crowd at Mohegan Sun Arena and stay alive in the series?

The Aces, the top seed in this year’s WNBA playoffs, put themselves in position to celebrate tonight by holding serve at home in the first two games.

In Game 1, Las Vegas grabbed an early 12-point lead, but Connecticut clawed back and led by as many as eight in the second half. Both teams found scoring hard to come by in the fourth quarter, but the home team held on and struck the first blow with a 67-64 win.

In Game 2, the Aces jumped ahead early again, using a 13-1 run to take a 12-point lead early in the second quarter.

But in Tuesday’s tilt they didn’t let the Sun turn things around like they did in Game 1. Connecticut did pull within three in the third quarter, but that is the closest that they would get as Las Vegas cruised to an 85-71 win.

Game odds are via FanDuel. This article may also include odds from our other recommended legal sportsbooks.

Las Vegas had the WNBA’s best road record in the regular season, and in the semifinals, they won twice in a raucous environment in Seattle to close out the series.

Trying to wrap up a first title carries more pressure than any game this season, it must be said.

But the Aces have been the best team in the league this season, and that has continued to play out in the postseason.

The Sun will be lifted by the home crowd and will want to extend the season by at least one more game, but as close as the Aces are to the prize now, they aren’t going to take their eyes off of it. Look for the league’s best team to have their crowning moment tonight.