Breakers vs. Stallions USFL Playoff Betting: Back Birmingham to Advance 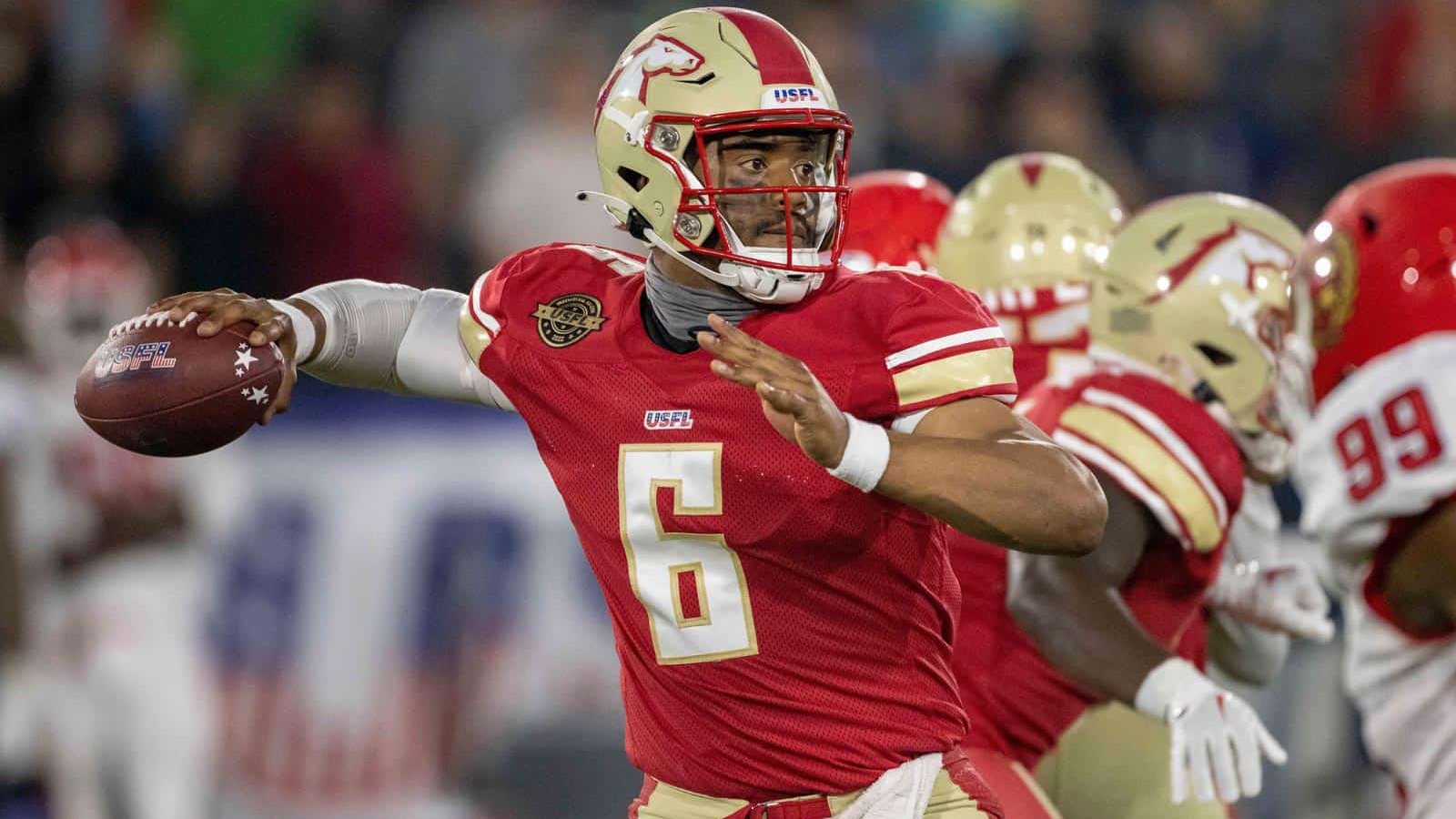 The 2022 USFL regular season has come to an end, leaving four teams to compete for the championship as the playoffs are set to begin this weekend. One of these highly anticipated matchups is a collision between the New Orleans Breakers and the Birmingham Stallions.

On one hand, you have the Breakers who finished second in the South Division with a 6-4 record. They’re coming off a disappointing 20-3 loss to the lowly Houston Gamblers in Week 10, so it’ll be interesting to see how New Orleans responds.

On the other hand, the Stallions were one of the best teams in the league this year, registering only one single loss in the 2022 campaign. Few teams have come close to stopping Birmingham, leading to many expecting them to win this meeting.

Here’s a look at the latest Breakers vs. Stallions odds from FanDuel Sportsbook, as well as a prediction for this USFL playoff game.

On paper, it isn’t shocking if some people are viewing this matchup as a bit of a mismatch. After all, the Breakers have lost two of their last three games before entering the playoffs while the Stallions have only tasted defeat just once.

One thing that people are going to have their eye on is where or not the Stallions can keep their offense going against a stout Breakers defense. Birmingham averaged 23.4 points per game in 2022 (No. 2), but New Orleans allowed a league-low 16.4 PPG.

History shows that matchups involving these two teams are usually low-scoring affairs. The Stallions won their first meeting against the Breakers this USFL season, 22-13, back in Week 3 before edging them out again in a 10-9 victory in Week 8.

Fans could be in for a quarterback duel between the Breakers’ Kyle Sloter and Stallions’ J’Mar Smith. Sloter finished second in the league with 1,798 passing yards while also recording nine touchdowns to 11 interceptions, whereas Smith finished third in yards (1,573), but finished with a 10 TD: six INT ratio.

Although New Orleans’ defense gives the team its best shot at success, the Breakers’ offense needs to step up as well. The Stallions own the second-best scoring defense in the league, which could be bad news for a Breakers squad that’s scored an average of 9.7 points in their last three games.

No matter how you look at it, that type of offense (or lack thereof) isn’t good enough to win a playoff game. Sure, the Breakers held the Stallions to just 10 points the last time they met, but that was the only time Birmingham was held to such a low score this year.

Unless the Breakers come out with a performance of a lifetime, all signs point to the Breakers walking out with the victory on Saturday, taking one step closer to becoming the inaugural champions of the new USFL.

Prediction and best bets are from Thursday, June 23.

Unsurprisingly, I’m taking the Stallions as the outright winners. They’ve been one of the best teams this year and I don’t think the Breakers have what it takes for the playoff upset. While their defense is great, the offense just isn’t there to compete with a team like Birmingham.

As for the best bet, I’m taking the two teams to combine for the under in Canton. Despite the Stallions’ excellent offense, New Orleans and Birmingham finished with the under on this market in each of their two meetings this season.

I don’t expect that to be any different on Saturday and fans shouldn’t either. Even if it is a low-scoring game, though, any viewer will likely be in for an entertaining USFL playoff matchup.