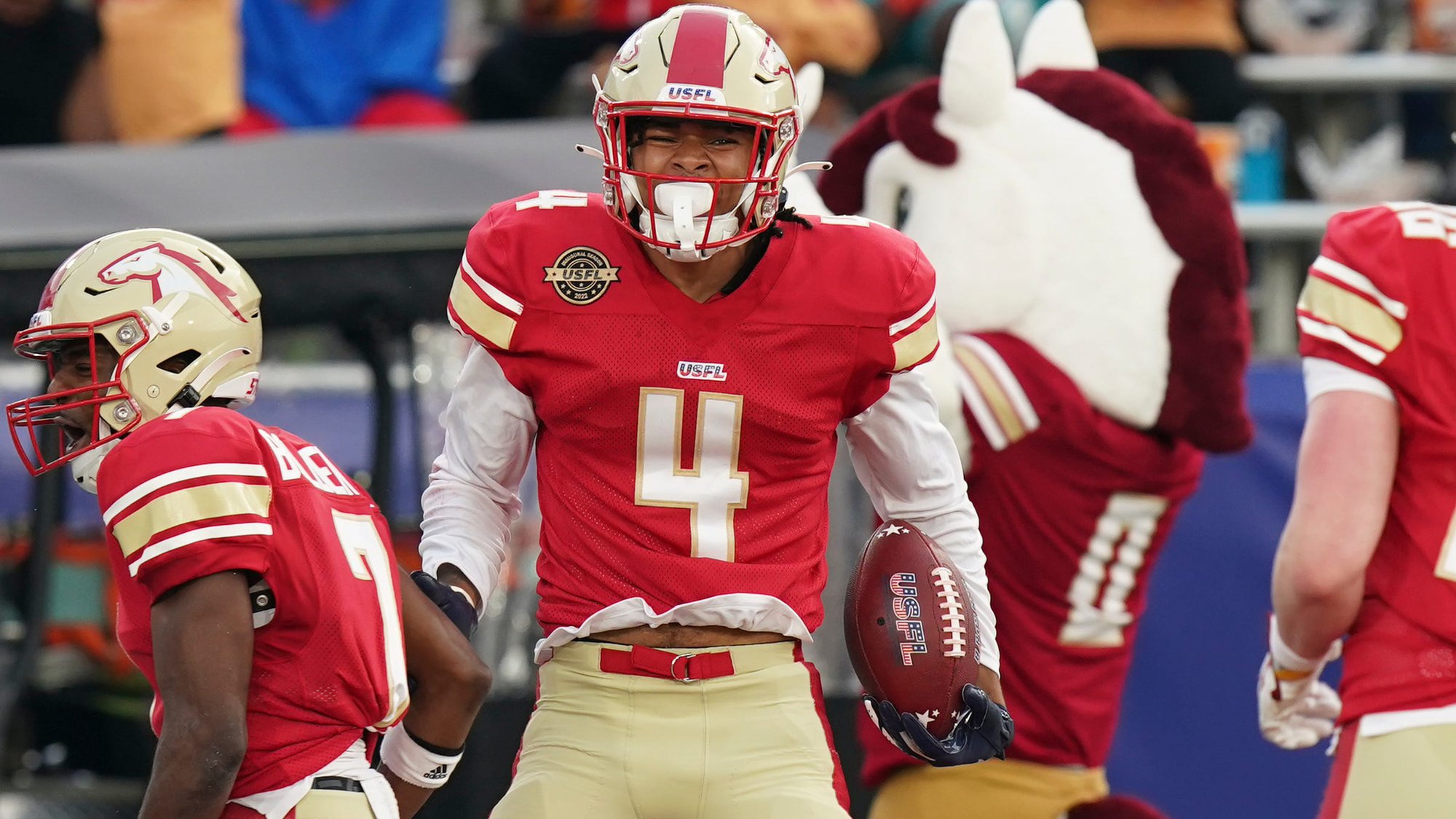 The 2022 USFL season is picking up steam now that we’ve hit Week 8 of the 10-week regular season. Teams are doing what they can to win crucial matchups during the final weeks of the campaign, with their main goal being a playoff berth and, ultimately, winning the 2022 USFL Championship

The division-leading Birmingham Stallions and New Jersey Generals have already locked up their postseason spots and won’t stop at anything less than the 2022 USFL Championship. Only time will tell which other teams will join them in the playoff tournament.

Although the Stallions and Generals are surely the favorites, it isn’t a guarantee that either team will be USFL champions. Fortunately, FanDuel Sportsbook’s latest betting odds help paint a picture of which team could emerge as the league winner.

Few should be surprised that the Stallions are FanDuel Sportsbook’s +175 favorite to win the 2022 USFL Championship.

Birmingham has been the best team in the league throughout the season, entering Week 8 with a perfect 7-0 record. The Stallions have succeeded thanks to dominance on both sides of the ball, leading the USFL with 26.9 points per game while only allowing 17.9 (No. 2).

It’s hard not to like what the Stallions have going on offense, specifically. Although quarterback J'mar Smith’s play hasn’t been amazing, three Birmingham wideouts have hit at least 262 receiving yards, while Osirus Mitchell and Marlon Williams each have three touchdown catches apiece.

Another thing that the Stallions have going for them is that they beat their biggest competition — the Generals — to kickstart the 2022 season. That may have been a long time ago, but it doesn’t change the fact that Birmingham looks like a team worthy of hoisting the 2022 USFL Championship.

Even though the Stallions are FanDuel’s 2022 USFL Championship favorites, the Generals aren’t that far behind them at +200 odds.

After the Week 1 loss to Birmingham, it’s been a non-stop journey for New Jersey. The Generals have now won six straight matchups ahead of Week 8 and plan to do what they can to make sure that this year’s championship belongs to them.

It’s hard not to like the Generals when they have the best run game in the league. They average a USFL-best 165.9 rushing yards per game, along with 10 touchdowns on the ground (No. 1). Few teams have slowed them down and that’s a trend that should continue into the postseason.

On top of that, New Jersey’s defense has allowed a league-low 16.0 PPG, surrendering only 254.1 total yards per contest as well. No matter how good a team is, it’s always tough to score against the Generals and it’s like the saying goes: defense wins championships.

Assuming that the Generals don’t slip up over the next couple of weeks, a 2022 USFL Championship run isn’t out of the question.

With most of the attention on the Stallions and Generals, the New Orleans Breakers are flying under the radar as a title threat. After all, their +300 odds to win the 2022 USFL Championship shows that they could catch some people by surprise.

The Breakers are 5-2 to start the USFL season and their only two losses actually came from the Generals and Stallions. Aside from that, it’s been tough to slow down New Orleans and its talented cast.

Despite being the third-best team, the Breakers have the top passing attack in the league, racking up 1,508 passing yards — nearly 200 more than the next best team. They have four pass-catchers with at least 200 receiving yards, making their game plan tough to predict.

The Breakers can prove their worth if they can find a way to beat the undefeated Stallions in Week 8. If they can somehow pull off the upset victory, people might start taking their 2022 USFL Championship odds more seriously.

Other USFL Articles on Betting News