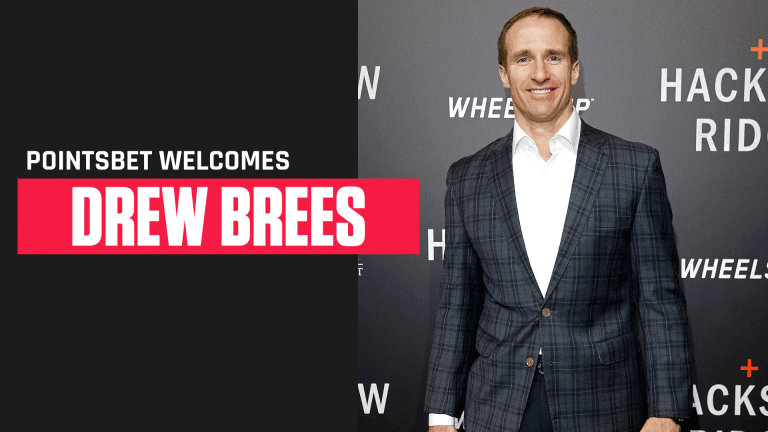 Sports betting in Connecticut is in good – and popular — hands. Both FanDuel and DraftKings owning partnerships with the state’s gaming forces.

FanDuel is linking with Mohegan Gaming and Entertainment and will also run its daily fantasy sports license through Mohegan and facilitate Mohegan’s iGaming operation in Connecticut.

DraftKings Sportsbook will team to operate via the Mashantucket Pequots license.

Connecticut has yet to announce the third “skin,” which will serve in partnership with the Connecticut Lottery.

FanDuel will welcome customers to a temporary location at Mohegan Sun in a couple of months. A full-service home will follow over the winter.

“We’re excited to work with FanDuel, one of the leading sports-tech entertainment companies in the U.S. to bring the brand’s innovative sports betting and iGaming solutions to Mohegan Sun Connecticut,” Mohegan president and CEO Ray Pineault said during a May conference call. “Our partnership is a priority for Mohegan Digital, as we look to grow and enhance our casino, sportsbook and online operations in Connecticut – and beyond.

“We’re confident that FanDuel will deliver a best-in-class digital and in-person experience for our loyal guests.”

“Mohegan Sun is an iconic casino and entertainment destination in the Northeast, and we are excited to announce our first tribal gaming partnership with one of the leading tribal operators in the United States. We have some incredible plans for the retail space at Mohegan Sun, with the potential to be the largest FanDuel Sportsbook in the United States.”

BetMGM appears most likely to receive the third and final sports betting “skin”. That is due in part to its MGM Springfield casino a short drive from the Massachussetts border.

FanDuel’s change at the top

According to the Monday news release from FanDuel, Howe will temporarily help fill the leadership void created by Matt King’s departure, effective this coming Friday.

“Matt leaves the business in a position of real strength, and we wish him well for the future,” said Peter Jackson, Global Chief Executive of Flutter Entertainment, in the Monday release. “The interim appointment of Amy, working alongside the wider FanDuel leadership team, will support the key focus on growing the business and retaining our number one position in the U.S. market.”

Howe, who joined FanDuel this February, worked for Live Nation prior to her move to FanDuel.

“Together with our talented leadership team and organization, I am focused on continuing the momentum we have built across the business,” Howe said in a statement. “I am confident that our unique advantages in product innovation, marketing, operational excellence, and wide market access will allow us to flourish as online gaming grows across the U.S.”

Howe was Global Chief Operating Officer (COO) of Ticketmaster — Live Nation’s largest division — at the time of her job change.

There is no doubt that New Jersey is maintaining its dominance in the U.S. sports betting market. It has formed a dynamic duo with long-established Nevada for American sports bettors. And online sportsbooks large and small are eager for more.

New Jersey already has the heavy hitters, but the total number of sportsbook apps could approach the mid-20s this year.

With 19 sportsbooks in play, others believe there’s more profit to be mined. And that is for good reason.

A report from njgamblingsites.com states that the state’s numbers defied the slow-May trend prevalent for many others throughout the industry.

In May, wagers topped $814.27 million, according to the state Division of Gaming Enforcement. Sportsbooks’ revenue came in at nearly $52.9 million.

In terms of handle, May ranked fifth in the three years since New Jersey launched sports betting. Meanwhile, the revenue number ranked fourth.

The usual leaders — FanDuel, DraftKings and BetMGM — are prominent, which is no surprise. But there are a handful of recognizable online books ready to jump in soon.

Another njgamblingsites.com report lists among the favorites: Bally Bet, which is already in Colorado and Indiana and launching soon in Iowa; Superbook, the Las Vegas-based operator; and Barstool Sportsbook.

In short, New Jersey is on a roll.

Brees, whose next career begins soon via broadcasting with NBC Sports, will be a PointsBet brand ambassador.

"Today is a massive day for our company as we welcome Drew Brees into the PointsBet family," Aitken said. "Drew is renowned for his tireless work ethic and achieved great success in his career regardless of the obstacles in front of him, possessing the scrappy, well-prepared challenger, win-at-all-costs mentality that embodies PointsBet's DNA.

“We look forward to collaborating for years to come and integrating Drew across our portfolio to complement PointsBet's market-leading technology infrastructure and strategic approach to the competitive sports betting space."

As a new PointsBet shareholder, Brees will be deeply involved with the company’s original content and marketing efforts.

“I am excited to team up with PointsBet, a leader in the future of sports entertainment built off elite technology," Brees said in the PointBet release. "Sports betting is growing across the country and will positively impact sports engagement, and I am proud to be at the forefront alongside PointsBet and NBC Sports."

PointsBet will be an integrated solution on NBC Sports Regional Networks. It will also be opening a new chapter via Telemundo Deportes and Telemundo broadcast stations.

The slog through legislative and regulatory hurdles continues for sports betting customers hoping for good news in New York.

There was some good news, though, late last week. Details were finally released for potential online sportsbooks interested in operating in New York.

The news triggers a 30-day period for those operators to bid in an attempt to secure a position as platform provider and to own one of four available sportsbook licenses.

After that, the New York State Gaming Commission has 150 days to pick the winners.

But the roughly five-month run-up means no direct launch discussions will reveal anything likely until early 2022.

So the beat goes on. But at least there’s a beat in the Empire State.