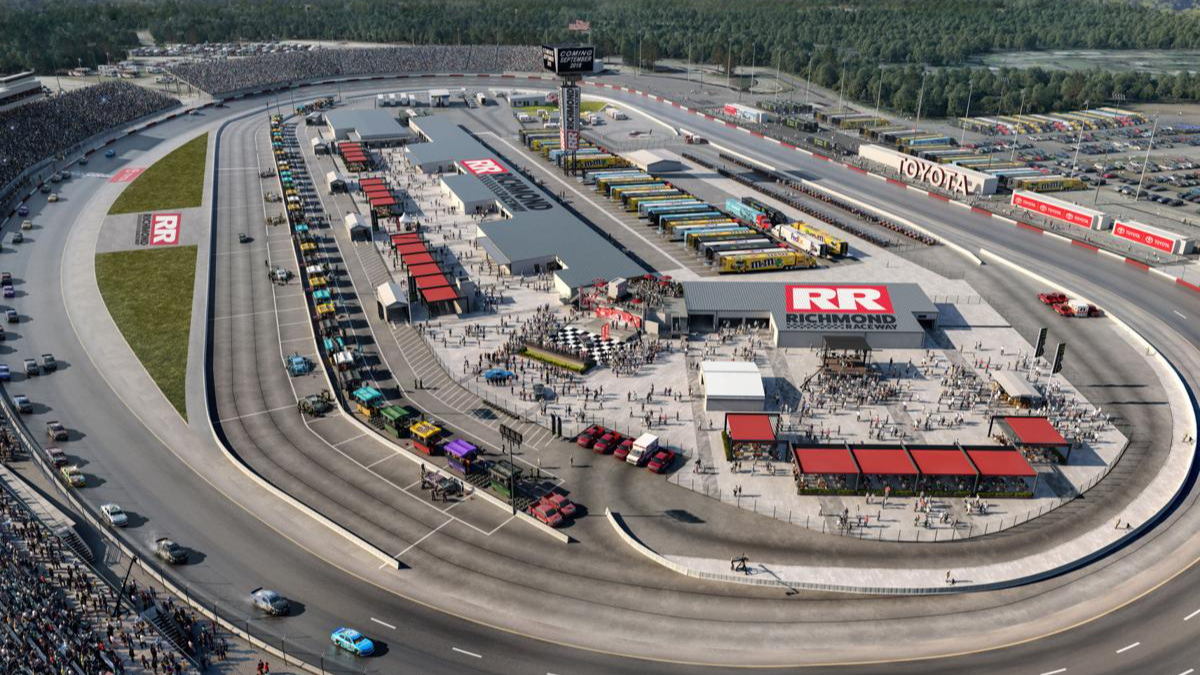 Virginia is becoming a great state for lovers – of sports-betting expansion.

The state’s February projections are for more than $100 million in wagers, and now Richmond Raceway will join the party.

And then on Tuesday, the Virginia Lottery awarded sports-betting licenses to Golden Nugget, Penn National (Barstool Sports) and Bally's, bringing the total to nine.

According to richmond.com, Virginia law caps the number at 12, but legislation expected to be signed by the governor could increase the cap to 19 companies.

Though Virginia law prohibits actual physical betting windows – bets are good via mobile devices only for now – the partnership includes a "WynnBET lounge" to be built at the track and opened for business on race weekends.

Virginia expects more licenses to be awarded in the coming months.

"We look forward to working closely with WynnBET as they launch the premier sports betting platform in the Commonwealth and expand our economic impact across the state," Richmond Raceway president Dennis Bickmeier said in a release.

WynnBET also will be quick to capitalize on the instant-wagering option, expanding its NASCAR offerings inside the app as well as in-race betting. It’s a popular feature that allows fans to bet on the action while watching the race from their seats.

"Our new partnership with Wynn Resorts is having a positive impact as NASCAR advances its position in the rapidly evolving gaming space," NASCAR chief digital officer Tim Clark wrote.

"As we work closely with WynnBET to deliver a state-of-the-art race engagement tool for our race fans, we are grateful to the Virginia Lottery for leading this process and we look forward to welcoming this new experience in Virginia."

Virginia’s plans for expanding its network of sports betting operators includes a finer focus on companies led by people of color.

The newly passed legislation directs the Virginia Lottery to award extra points in its evaluation process to operators with “any equity interest owned by minority individuals or minority-owned businesses.”

Bizjournals.com reported Virginia lawmakers, in those bills passed in late February, have cleared the way to increase the number of sportsbook licenses Lottery officials can approve. This could open up as many as five licenses to companies offering only mobile apps if they work with state casinos.

This could include more if FanDuel succeeds in its pursuit to anchor a physical presence in the state with the Washington Football Team.

At least one company is already planning to take advantage of the changes.

Shane August, who is hoping to launch D.C.’s first locally grown physical sportsbook in Capitol Hill, said in the bizjournals.com story that his firm, Handle19 Inc., filed to launch in Virginia. August, who is Black, said he was in communication with Virginia lawmakers to urge them to add that provision.

“We just felt that all the other licenses went to larger companies,” August said. “But by opening up these additional licensing opportunities, that can give more preferential treatment to groups like ours with minority participation.”

Del. Mark Sickles, the legislation’s sponsor in the Virginia House of Delegates, said there is “an applicant on the precipice of being awarded a license now with significant minority participation,” but declined to discuss specifics.

Sickles believes the language prioritizing companies with minority participation was a key to allow smaller companies to enter the market.

The bill also increases the influence for diversity by providing a preference to companies that promise to make donations to historically Black colleges and universities, as some Richmond applicants have done.

“It’s not dispositive, saying ‘If it’s 100% minority-owned, you get a license,’” Sickles told bizjournals.com. “It says it’s a bigger factor in the decision-making process, but it’s still just one factor.”

Six current operators have ties to casinos, but only two, BetRivers and Caesars/William Hill, are tied to casinos that are already approved in Virginia.

The approved sportsbooks currently include:

Hard Rock International also has plans to open a casino in Bristol, and the Pamunkey Indian tribe is planning one in Norfolk, though neither one has applied for a mobile sports betting license yet.

Eventually, there will likely be five licenses tied to casinos, but those will not be included in the total of 12 allowable licenses.

Sickles said he and fellow legislators never intended to include mobile apps affiliated with casinos under the license cap created by prior legislation.

Sen. Jeremy McPike, the new betting bill’s Senate sponsor, said he and his colleagues hoped to allow casinos to have both “wager counters and an online app,” and inadvertently counted those sportsbooks against the 12-license cap.