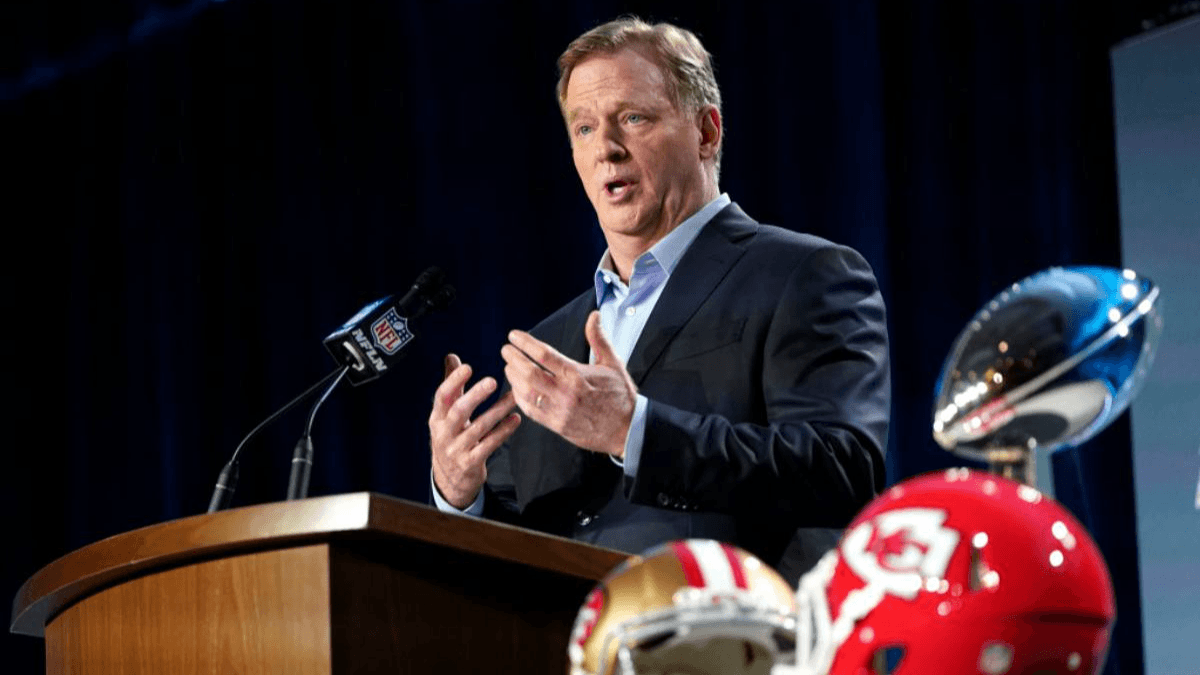 “We’re going to find ways we can engage fans through legalized sports betting,” Goodell said as part of his TV deal announcement.

That’s the only gambling reference he made on Thursday, but it’s a big shift.

The NFL and the sports-betting industry have enjoyed a long and very successful relationship – even if the NFL couldn’t officially promote the marriage.

Until the past five years or so, the NFL carefully cultivated its image and avoided even the appearance of gambling interest – and passed that suggestion along to its broadcast partners.

The landscape has shifted and, after the 2018 Supreme Court decision to overturn the federal ban on sports betting, moved strongly toward the “sports betting is going to be OK” mindset.

After all, there is now a massive canyon through which new revenue streams are flowing, and the NFL likes making money.

The American public’s voracious appetite for football – and all that goes with it – was made more clear when the TV contract was unveiled: an 11-year, potentially $100 billion media rights agreement that will run through 2033.

Goodell’s statement on sports betting from 2018 includes an impetus on “protecting the integrity of our sport,” with perception of the NFL a primary concern.

Our fans, our players and our coaches deserve to know that we are doing everything possible to ensure no improper influences affect how the game is played on the field. This week's ruling by the Supreme Court has no effect on that unwavering commitment.

We are asking Congress to enact uniform standards for states that choose to legalize sports betting that include, at a minimum, four core principles:

There must be substantial consumer protections;

Sports leagues can protect our content and intellectual property from those who attempt to steal or misuse it;

Fans will have access to official, reliable league data; and

Law enforcement will have the resources, monitoring and enforcement tools necessary to protect our fans and penalize bad actors here at home and abroad.

On Thursday, Goodell referenced the obvious: Gambling, whether legal or not, has always helped football's popularity and has boosted its value as a media property.

He offered nothing more than that sentence but at least the NFL has officially recognized the relationship.

The Details on the TV deal

All existing broadcast partners are back on board and Amazon Prime Video joins the party as an exclusive partner for Thursday Night Football.

Its 10-year deal, beginning in 2023, marks the first time a streaming service will exclusively carry a full package of games.

Here are some of the reported specifics, via CNBC.com:

The NFL has the right to opt out of its new TV deals after seven years, and if an increase in the number of people betting on games results in more viewers, the league’s next TV deals could be even more lucrative.