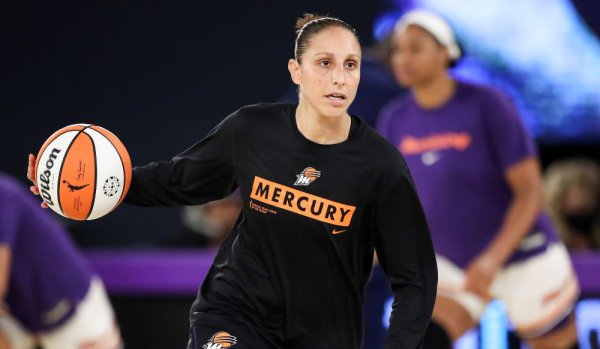 Two big moves in the sports-betting world were finalized this week: One with a team and one with an entire league.

The NHL and Sportradar have teamed up on a 10-year agreement, while the Women’s National Basketball Association’s Phoenix Mercury reached a major, groundbreaking deal with Bally’s on what the announcement calls a “significant, purpose-driven team sponsorship and sports betting partnership.”

This gaming access partnership is the first ever with a women’s pro sports team and makes Arizona the 15th state to which Bally’s now enjoys market access.

The Mercury share an arena with the Phoenix Suns, and now they share another commonality: a groundbreaking agreement with a sports betting entity.

As Arizona’s launch of legalized sports betting nears, the Suns and FanDuel are preparing to give bettors a complete experience – the online sportsbook along with a retail location within Phoenix Suns Arena.

On Wednesday, the Mercury jumped into the game.

Bally’s becomes the official, exclusive sports betting partner of the Mercury in this 15-year agreement that begins on Thursday.

“We are very excited to partner with Bally’s on this enormous step forward in the advancement of women’s sports,” said Jason Rowley, CEO & President of the Phoenix Mercury (as well as the Phoenix Suns).

“This agreement represents so much more than a team sponsorship; it is a reflection of our shared values and commitment to investing in diversity, equity and inclusion. We could not think of a better way to celebrate the Mercury’s 25th year in the WNBA, and what many consider to be the model franchise.

“Bally’s and the Phoenix Mercury strongly believe that a groundbreaking partnership of this magnitude accelerates the momentum surrounding women’s sports, creates a bigger platform for the Mercury, while delivering fan engagement on an unprecedented scale in women’s sports.”

A source familiar with the deal told Deadspin the agreement is worth $66 million over the next 15 years.

“Maintaining and implementing a strong diversity, equity and inclusion program is a cornerstone of Bally’s operational values, and we look forward to promoting those values as part of our sponsorship with the Phoenix Mercury and hope that other major corporations follow in our footsteps.

“We are also excited about the prospect of providing sports fans in Arizona with access to our first-in-class online sports betting platform, and enhancing the way that they engage with their favorite sports pastimes.”

The Mercury have won three WNBA titles, have 15 playoff appearances and 29 All-Stars including Diana Taurasi, Brittney Griner and Skylar Diggins-Smith.

The NHL welcomed the addition and said that by “leveraging Sportradar's diverse and versatile technology solutions,” fans will enjoy a greater overall experience in consuming the NHL product.

The NHL’s newly unveiled tracker data – it follows both player and puck – will be prominent among the tech advances, and Sportradar also now has the rights to provide sports betting operators with live streams of NHL games on digital platforms in legalized markets.

"As the global leading provider of sports data for the media and betting industry, Sportradar has the unique expertise to help us deliver stats, insights and video content to our fans, who are extremely tech-savvy and constantly crave new and compelling ways to engage with our sport," NHL commissioner Gary Bettman said in the news release.

“The capabilities, versatility and global scale of Sportradar's platforms and products will assist us in providing fans, media and sports betting companies around the world with a greater depth of data and more immersive experience with the game. We're thrilled to continue and deepen our important partnership with Sportradar and look forward to delivering a best-in-class fan experience through our collaborations over the next decade."

As for its integrity and security plans, Sportradar’s Universal Fraud Detection System (UFDS) will aid protection for the NHL by monitoring global betting activity and trends.

The partnership will begin with this season’s opening-night puck drop this fall.

According to Sportico, the bidding reached $250 million, though final terms were not yet confirmed.

“The NHL has been a terrific partner for Sportradar for nearly seven years and we look forward to collaborating with them in an expanded manner to continue increasing the global reach of the league, while delivering ground-breaking products and services to our customers," Sportradar global CEO Carsten Koerl said.

“This agreement truly highlights the global, multi-vertical, wide-ranging capabilities of Sportradar's technology solutions and reflects how we use data to create engaging, personalized experiences for our partners and customers."