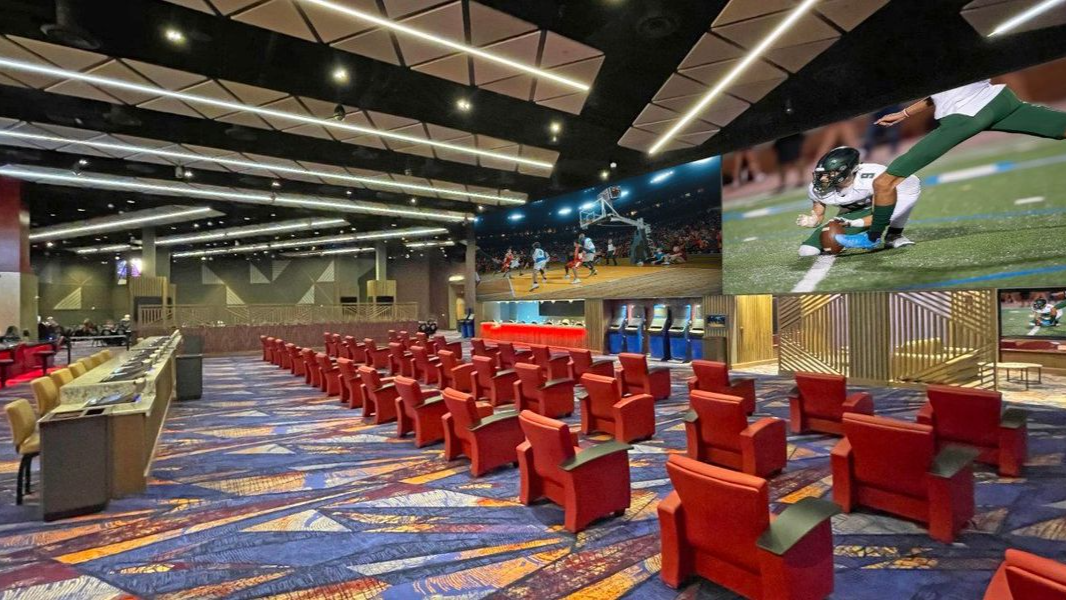 The sports fans in the great state of North Carolina received some encouraging news with the Thursday opening of the state’s first legal sports betting venues.

According to the Charlotte Observer, the Eastern Band of Cherokee Indians scheduled the mid-morning opening of “The Book,” with ribbon cuttings at Harrah’s Cherokee Casino Resort in Cherokee and Harrah’s Cherokee Valley River Casino & Hotel in Murphy.

Caesars Entertainment and William Hill are partners in the venture, tribal officials said.

Since the landmark decision by the U.S. Supreme Court in 2018 that paved the way for legal sports betting, progress has been spotty in North Carolina.

The state two years ago passed a law allowing on-site sports betting only at the two Cherokee Indian casinos – and they are not geographically desirable for the bulk of the Tar Heel State’s population.

In college-basketball-crazy North Carolina, it’s been a relatively disappointing few months, with traditional basketball bluebloods having a tough time.

The University of North Carolina was seen in 2020-21 largely as underachieving, and Duke failed to make the NCAA Men’s Basketball Tournament for the first time since 1995.

A Fresh Start Toward the State’s Continued Expansion

Beginning on Thursday, though, fans and sports bettors can direct their interest and ire toward targeting their favorite sports value plays at the casinos. Customers are able to wager on all pro and college events.

The timing coincides nicely with the NCAA Tournament’s “First Four” games on Thursday, with the full field beginning action Friday and Saturday in Indiana.

Richard Sneed, principal chief of the Eastern Band of Cherokee Indians, expressed his gratitude and eagerness in moving forward.

“We are excited to offer legal sports betting at The Book, and just in time for March Madness,” Sneed said in the Observer story.

The tournament title game is scheduled for April 5.

The Book at Harrah’s Cherokee Casino Resort includes reclining chairs for watching games, highlights and score tickers on a 90-foot ultra-high-definition screen, according to the tribe.

Sports betting customers have the choice among seven ticket-writer windows and 10 self-service betting kiosks, and private groups can reserve a Fan Cave or Upper Deck seating.

“We are grateful for our relationship and partnership with the Eastern Band of Cherokee Indians and are ready for sports fans to join us at The Book at Harrah’s Cherokee Casinos,” he said.

“We are proud to house North Carolina’s first sports betting venues and are confident that it will be an amenity our guests will enjoy.”

The revenues will continue to benefit the tribes, too, who operate under the Indian Gaming Regulatory Act, a federal law passed in 1988 that requires tribes to dedicate a portion of profits to their tribal members.

The states in which they operate also get a portion that is negotiated with their governors.

Half of Harrah’s Cherokee Casino Resort’s profits go to tribal members, according to Sneed, including a healthcare fund, a hospital and higher education fund.

The expansive operation also runs its own health system that includes one of the largest integrated mental health facilities in North Carolina, according to information in meetingstoday.com, and also dedicates a substantial effort to the fight against opioid addiction.

The Hopes for Sports Betting Closer to the Big City

The two parties signed a revenue-sharing agreement that clears the way for a planned resort in Kings Mountain, the Observer reported in January.

The establishment, with plans to open by September, revolves around a 60,000-square-foot preliminary gaming facility that would include at least 1,300 slot machines, a restaurant and other basic amenities.

Future development would have the existing facility replaced by a larger casino resort.