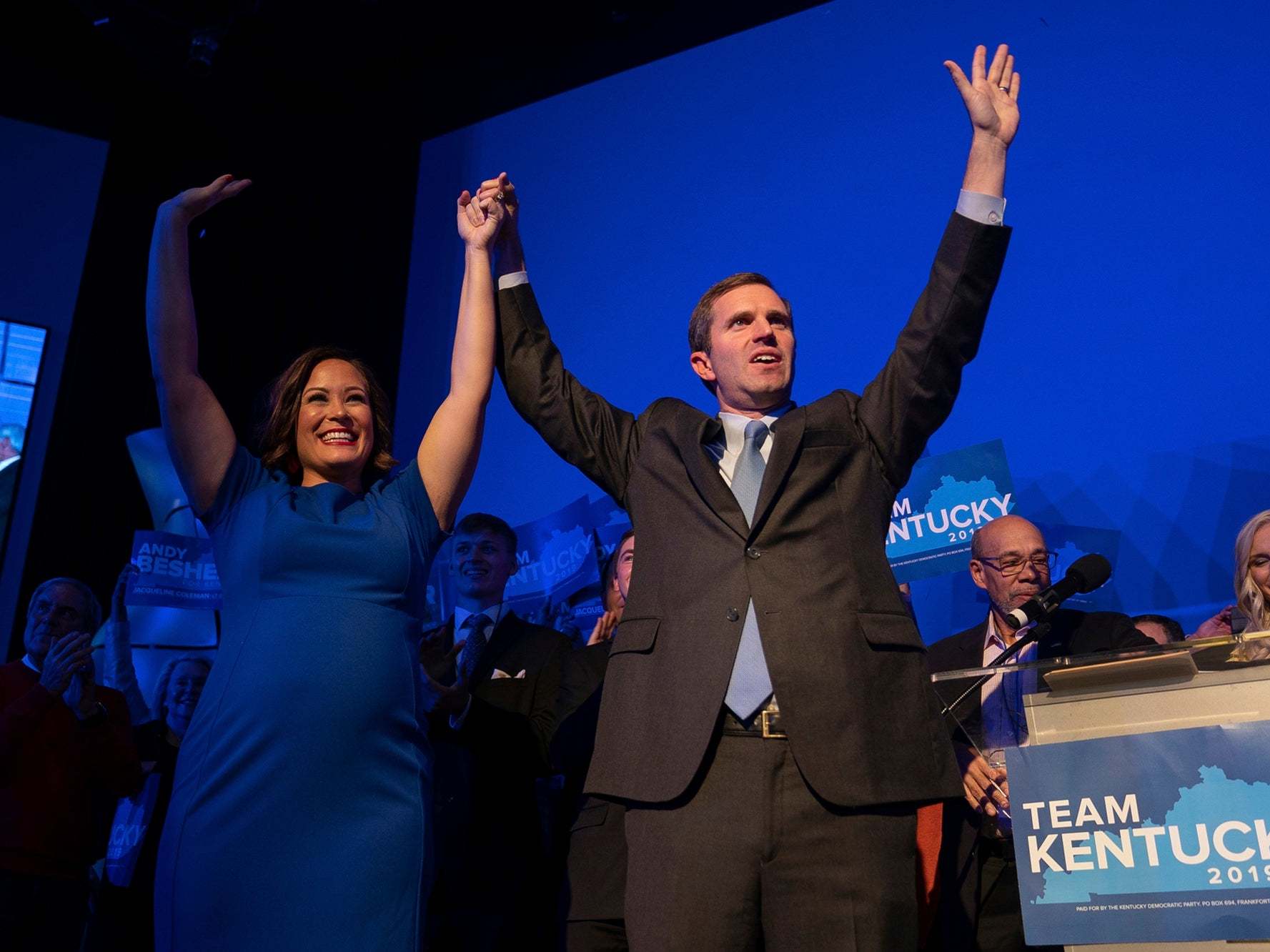 While speaking to the host on Kentucky Educational Television, the Governor of Kentucky, Andy Beshear said he believes the right time to legalize Kentucky sports betting was long ago. He noted that sports betting should have been legalized when other states started it.

Beshear’s push to legalize sports betting in Kentucky didn’t just start today. In 2018, when he was an attorney general, he called for the legalization of sports gambling to raise funds to save the state’s dying public pension system. While campaigning, he reiterated his commitment to expanding betting opportunities in Kentucky. Also, during his State of the Commonwealth Address in 2020, he mentioned how he is ready to support the sports betting bill passed by Adams Koeing. Adams’ bill also aimed to legalize online poker and fantasy sports.

As attorney general in 2018, he called for the legislature to legalize sports betting to raise money to save Kentucky’s ailing public pension system. During his campaign, he re-upped on the commitment to expand gambling opportunities in the state. In his words, not legalizing sports betting as soon as possible is not only silly, but it also puts Kentucky at a competitive disadvantage.

In five Kentucky border states, including Illinois, Indiana, Virginia, Tennessee, and West Virginia, all bets placed by Kentuckians in those states are converted into tax revenue for the respective states. Although Beshear misspoke a bit, his point is valid. In the two border states who have yet to legalize sports gambling — Ohio and Missouri — efforts are already being put in place this year. Ohio has started and continues a negotiation, and Missouri has three pre-filed bills, so Kentucky shouldn’t be left out.

Sports Betting Isn’t the Only Issue

Just like in 2020, Rep. Adam Koeing would be in the forefront to ensure that Kentucky has a shot at legal sports betting. Last month, Koeing stated that although he is interested in the legalization of sports betting, there might be little time.

First, historic horse racing has to be legalized as the Kentucky Supreme Court ruled some systems on slot-like games didn’t align with the pari-mutuel laws. With only thirty days in the state’s shortened session, sports betting might not be debated after dealing with the historic horse racing issue. According to Beshear, HHR supports numerous jobs, and Kentucky needs to keep being the world’s thoroughbred capital. Hence, the Senate and the House need to step up the game and prevent the industry from moving elsewhere.

With sports betting and historic horse racing in view this year, Beshear is also interested in full casino gaming. He expressed how much he would want to see proficient casinos in Kentucky. When asked if the revenue generated from sports gambling was worth the shot, Beshear mentioned that full casino gaming should also be implemented. He spoke on how Indiana raises so much revenue worth millions from this venture yearly and concluded that it is worth doing.

He noted the need to compete with border states, including West Virginia, Pennsylvania, Indiana, Ohio, and Missouri, not only in sports betting but also in casinos. Although casino gaming isn’t a topic for the shortened session, Beshear hopes it would pass when it comes up for legalization.

Overall, Beshear wants sports betting to be at the top this year. He also stated how much Kentuckians would love to have well-developed gaming closer instead of having their dollars generate revenue for paving roads in border states.