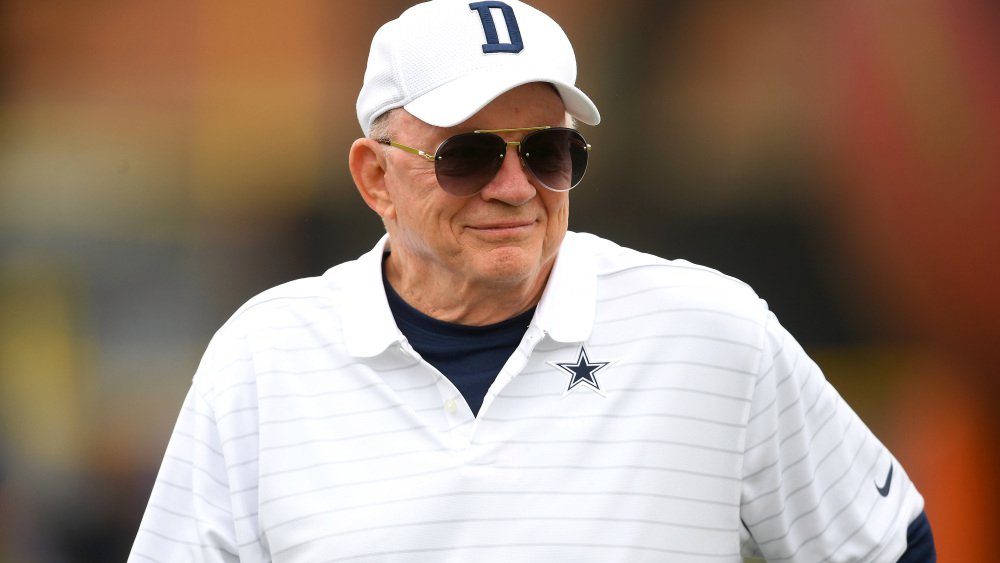 The sports betting boom in the U.S. has been embraced where the activity has been legalized. But Texas is not at the front of the march.

And that’s a concern – or perhaps it’s just something to be watched – according to one of Texas’ most famous spokespeople. That is none other than Dallas Cowboys owner, president and general manager Jerry Jones.

The state legislature has not moved on a bill filed in March to legalize sports betting. And chances are slim that anything will be reconciled even by the end of next year.

Last week, Jones told Sportsradio 96.7 FM/1310 The Ticket (aka KTCK-AM) he is very aware of the realities.

“I certainly know that gambling, as it pertains to our games, is here,” Jones said, referencing the obvious landscape of unregulated bets on the NFL and his Cowboys. “Frankly, it’s been here. … The handwriting’s on the wall. Gambling has been here a long time.”

The inevitability likely frustrates sports betting backers in Texas, given the recent indications that include a big investment from Las Vegas.

Jones, 78, appears hopeful that Texas lawmakers take up the challenge, and like hundreds of politicians, find that their constituents will be better off by making sure those gambling revenues state within the state.

He seems to have a good idea about the in-game wagering aspect, too.

“Watch him sit there and say, and use the vernacular that he uses, talks about how the safety’s too close to the hash or how the corner’s too far in the middle or over on the hash. And he’ll say the quarterback will see that and you’ll see the ball going in that direction to that guy right there.

“I picture, right there, millions of people making a wager by hearing that. We’ve got to make sure that the terminology is the kind of terminology that is common, but I can see our game enhanced tremendously by that aspect of it.

“I’m not the least concerned — I’m really not, I know that we would adhere to it — of any abuses that could possibly be involved with that type of thing.”

In other words: It’s working in other states, and those states are making big money.

The coalition told the Dallas Morning News it supports a push to allow state voters to decide on overturning the Texas sports wagering ban.

“Unregulated and illegal sports gambling is already taking place in the State of Texas,” Charlotte Jones, the Cowboys’ executive VP and chief brand officer, told the newspaper, according to an SBA release.

“Legalized sports betting would regulate the industry and generate hundreds of millions of dollars of new revenue for the state which will help fund critical programs without raising taxes.”

Jones, with a net worth north of $5 billion, is comfortable giving the process a kick start. His comments are far from isolated commentary; they’re just the latest campaign strategy toward what most in Texas see as an inevitable outcome. Jones is just trying to make it happen sooner.