A New Form of Sports Betting: The Sports Card Market is Booming 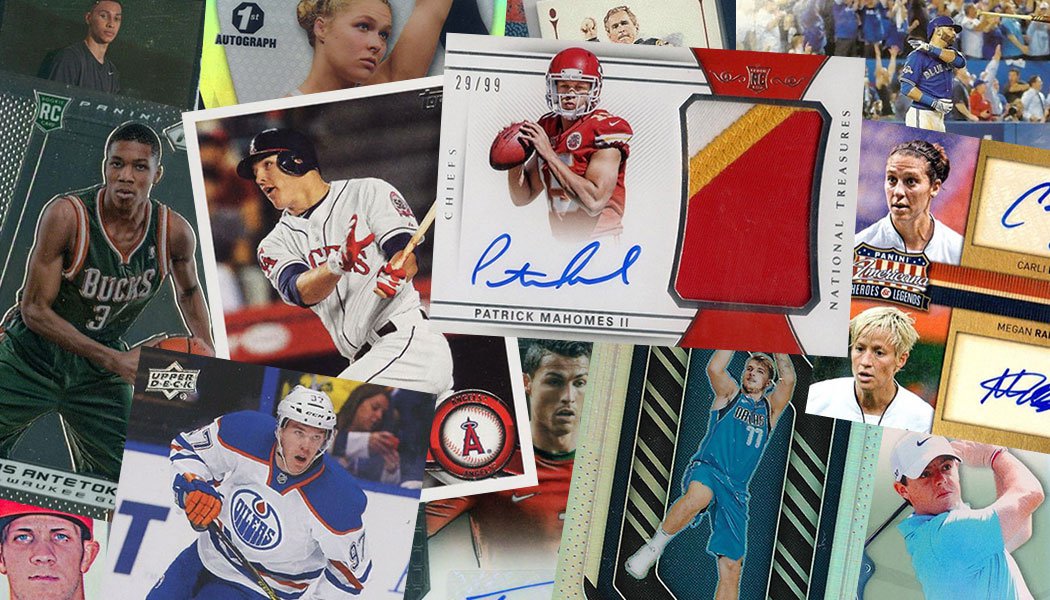 Sports betting stocks are booming right now with wide-sweeping regulation taking place across North America and many have made off like bandits with cleverly timed bets.

Well, that’s one way to gamble on the upside of an idea, but sports cards have blasted through expectations to become a legitimate option for investing practices as well.

A legion of sports fans and collectors now sees this new way of doing things – a proactive approach born of boredom and necessity that has taken wing during the pandemic – and it’s paying big dividends.

Early this month, a Michael Jordan rookie card sold for a record $738,000 at an auction run by Ken Goldin's auction company.

Need some perspective on the rapidly expanding sports-card industry? That same item – also in pristine condition – sold for nearly $215,000 just weeks before.

"There's never been a time like this in the history of the business," Goldin told CNN Business. "I would bet that for every person who wanted a Michael Jordan rookie card in 2019, there's 100 (now)."

Today's sports-card industry is anchored by a sort of made-up scarcity. This creation of a “need-to-have-them" market spawned the idea of "chase" cards. For example, a Mike Trout card with a low-print-run.

Also driving the interest are the serially numbered cards, especially rookie cards for players with an element of predictable upside, along with traits such as autographs and including some form of memorabilia.

The $149 boxes contain 24 packs (14 cards each) and were immediately snapped up, seen as a prime value purchase before they hit the shelves.

“Business is probably at an all-time high,” Steve Wilson, 52, the owner of the store since it opened in 1981, told the Tribune. “Investors, collectors, they’re sitting at home, they’ve got nothing else to do.”

The pandemic has certainly helped the explosion in trading-card circles.

While it used to be common to keep buying boxes, that idea has been priced out of reach.

They are found to regularly cost thousands of dollars. And the return on that investment is risky at best, with the likelihood of losing money if there are no big-value cards, only a few, contained in a pack.

Longtime trading-card business people are noticing the changing dynamic, with the roots of these cards having been in the domain of youth sports fans and early collectors.

Jason Koonce is among the more experienced and told the Tribune how he sees the current landscape.

“People are waiting in line for stores to open now,” said Jason Koonce, 38, of Ann Arbor, Michigan, an influential sports memorabilia broker who has been trading cards for fun and profit since he was 10. “The unfortunate part is it’s taking it away from the kids, because you’re pricing them out.”

Koonce said new cards, if they are sold unopened, are worth up to 10 times the original amount on the secondary market.

And we’re talking millions for one card.

The Legitimacy of a Card’s Worth

Professional Sports Authenticator, a California-based company, has become the go-to for valuation – those grades are well regarded by the sports-card community and provide an agreed-upon value.

The company charges collectors from $10 to $5,000 a card, depending on a card’s value and how quickly the customer wants a decision.

According to the Tribune story, cards are returned via mail in a sealed case with the grade and certification number.

The industry momentum is not lost on the very wealthy, either.

Takeover interest has also emerged, and Professional Sports Authenticator is not the only service in the business.

Last month, angel investor Nat Turner and Steve Cohen, the billionaire hedge fund leader and owner of the New York Mets, unveiled plans to buy authentication service Collectors Universe for $853 million – an increase over a bid first made in November.

Scott Keeney, reached by CNN Business, set up a fund to invest in trading cards and companies and is optimistic, believing the prices such as those for the Jordan and Mantle cards will be far higher in the next couple of years.

"We look at all these other people coming in as more validation," Keeney told CNN Business, putting the approximate amount raised by the fund at seven figures.

Passion, Publicity and the Future

The online advertising generated – for free – is evident, with YouTube and other outlets hosting “breaking” sessions, where customers buy an unknown card in a pack opened live.

“Instead of betting on a game, people look at this, and they can bet on a career,” Goldin said.

The sports trading-card has not always been a reliable money-maker. It suffered a hit similar to a stock-market crash when its market was flooded by cards made too frequently during the 1980s and 1990s.

Too much of a product, even a strong product, mitigates the value across the board. Those cards from that era nose-dived in value.

The industry, despite its mercurial rise recently, is not in any such danger according to insiders.

Goldin believes in a reliable supply – especially with regard to the elite cards.

“The difference between cards and stock (is) nobody loves a stock,” he told CNN. “Some people who buy these cards, to get them to sell it is like getting them to take off an arm.”