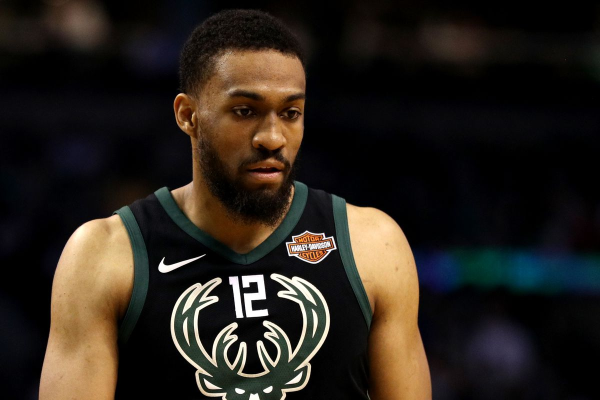 This NBA offseason has been a good one with major teams and players making major moves. And it all happened rather quickly, too. No drawn out sagas here.

Lebron went there, Kawhi went there, and Paul George stayed put. Boom, end of story. However, there has been plenty more player movement with big implications across the league that hasn’t received much attention at all. This will happen when so many future Hall of Famers are free agents and trade pawns, so this week we’ll look at the player movement that flew under the mass-media’s radar and see just how much these acquisitions will affect the upcoming season.

Dennis Schroder to the Oklahoma Thunder

OKC did a few smart things this past offseason. Most notably was the resigning of Paul George, who everyone assumed was headed to LA to team up with Lebron. It’s still weird to think that it didn’t happen actually but here we are. Well played. The second move they made was to get rid of Carmelo Anthony and his super-sized contract. Well played again. That’s two major moves no one really saw coming. However, it’s their third move that will prove to be the difference maker over last year’s team and that’s getting DennisSchroder away from the Atlanta Hawks. Schroder is an all-around solid player who will make a fantastic backup for Russell Westbrook. Not only can he play with the ball and on the wing, he thrives in isolation as well as the pick-and-roll. His skills were dying in ATL the last few years but now finds himself on a playoff team able to make a deep run. Congrats to both parties, well played indeed.

Wilson Chandler to the Philadelphia 76ers

While their starting five was one of the best in the league last season, the Sixers’ bench left much to be desired. The addition of Wilson Chandler via trade will be sure to rectify that.Chandler provides Philly just what they were lacking, a big-time, versatile defender as well as a top-notch sixth man off the bench. Plus, the fact they made this move with a trade instead of a free agent signing leaves Philly well below the cap before next year’s free agent explosion. Philly wants to make a run at Boston and this is a step in the right direction.

Jabari Parker to the Chicago Bulls

One of two restricted free agent signings the Bulls made this summer was JabariParker, the hometown kid who, despite two knee surgeries, still has a tremendous upside. Parker wasn’t meshing in Milwaukee even when he was on the court so a short term deal works perfectly for him, as well as Chicago. The Bulls have drafted well as of late and have talent on their team. The defense will be the question mark next season but with a handful of players who, much like Parker, have something to prove, we could see them leapfrog a few teams in the now weaker-than-ever Eastern Conference.

Brooks Lopez to the Milwaukee Bucks

The Bucks have made considerable strides in recent years. They added scoring talent at every turn and nothing more needs to be said about GiannisAntetokounmpo. Well, other than the guy with the weird greek name is still getting better. Which is out-and-out scary. All of those solid offensive additions have had one ill-effect however, and that’s poor defense. The acquisition of Brooks Lopez coupled with the non-resigning of Jabari Parker will help a ton in that department, though. Lopez can not only fill the void in the middle defensively, he’s a solid stretch player who won’t bottle up the floor on the offensive side. A one year deal on the cheap is a great move by the franchise looking to go further than just the seventh game of a first-round playoff series.

While this story was well-reported, it seemed one-sided as the headlines were more about Kawhi leaving and not DeMar arriving. Let’s not forget, DeRozan is one helluva player who does it all, including but not limited to, playing well with others. He will look right at home in a San Antonio uniform not to mention their style of play. He gets the big man he’s never had in LaMarcusAldridge and the ball on the wing whenever he wants. He was upset to leave Toronto, understandably so, but will thrive with Pops and the Spurs.