Brewers vs. Dodgers (August 22): Will Urias shut down Milwaukee again? 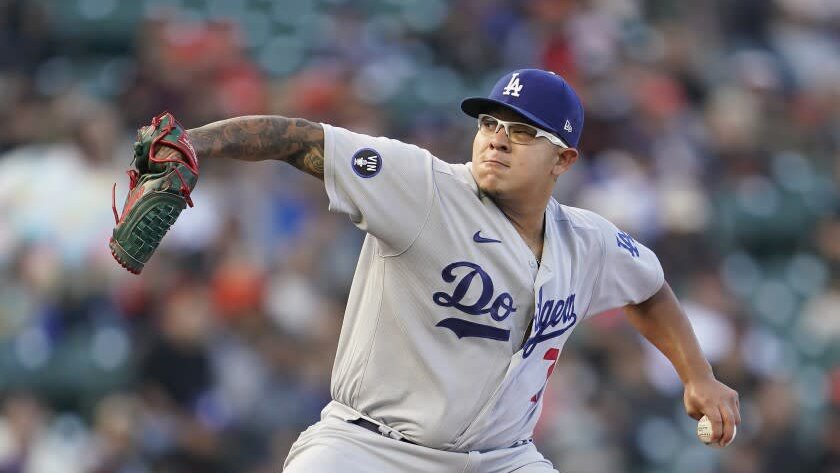 Of the four losses that the Los Angeles Dodgers have had in their last 24 games, two came at the hands of the Brewers last week in Milwaukee.

The two teams face off again this week, this time at Dodger Stadium, and in tonight’s series opener, it will be a mound matchup of Eric Lauer vs. Julio Urias.

It’s a big series for Milwaukee, who lost two of three to the Chicago Cubs over the weekend and are five games out of first in the NL Central and 1.5 games out of the last NL wild-card spot.

Game odds are via FanDuel. This article may also feature odds from other reputable online sports betting sites.

Can Milwaukee Shake Off August Struggles?

In their three-game series at Wrigley Field, Milwaukee led in three times in Friday’s game, only to end up with an 8-7 loss.

It was the same story in Saturday’s game, as they led three times only to lose 6-5 in 11 innings.

They did bounce back with a come-from-behind 5-2 win yesterday, with all five of their runs being scored in the final table.

Milwaukee will need to make the most of having two of their starting pitchers on the mound tonight and tomorrow night. Tonight, the Dodgers will have to deal with Corbin Burnes, while tonight they will be challenged by Julio Urias.

However, he has dropped back-to-back starts thanks to no run support. Last Wednesday against the Dodgers, he allowed two runs (on two solo homers) four hits, and three walks and struck out seven, but the Brew Crew managed only one run in a 2-1 loss.

The big concern with Lauer is the home run ball, as he has allowed 24 this season, which is one of the highest totals in the league.

Along with two allowed homers accounting for the Dodgers’ runs last Wednesday, he surrendered two homers that accounted for all three of the St. Louis Cardinals’ runs in a 3-1 win in the start prior.

There’s little margin for error as it is when you are facing the best team in baseball with threats all over the lineup, but Lauer has even less margin for error with how Urias has been pitching.

Since allowing five runs in two innings against the Cubs on July 10, Urias has been absolutely outstanding.

In the Dodgers’ 4-0 win in Milwaukee last Monday, Urias tossed five shutout innings against the Brewers, allowing four hits and two walks and striking out six.

Urias may be listed at +15000 to win the NL Cy Young at FanDuel, but the 26-year-old lefty has been one of the league’s best pitchers this season. He is sixth in the league in ERA, ninth in WHIP, and has allowed fewer than two runs in 15 of his 23 starts.

To go a little further into how good Urias has been, he has allowed more than two earned runs only five times this season and only eight times in his last 36 starts. That makes for ominous reading for Lauer when his last two starts have featured so little run support.

The Brewers have scored four or more runs 11 times in their last 19 games, so run scoring has not been as much of a culprit in their 7-12 stretch as it has been, say, for the New York Yankees in their ongoing struggles.

But the Dodgers have been pretty stingy in their 20-4 run, allowing three or fewer runs 17 times. And since the Cubs scored nine runs in the game that Urias started on July 10, opponents have scored ten runs total in the six games he has started since.

The run line is typically the best option when betting on the Dodgers in most situations, given that 74 of their 84 wins this season (88.1 percent) have been by 2+ runs. But that trend and Urias’s recent run make the run line even more of a compelling choice for tonight’s matchup.